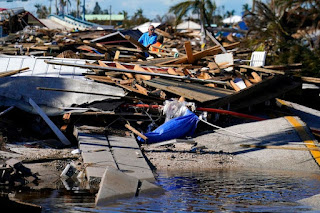 While some analysts are predicting that the property insurance industry will be able to manage Hurricane Ian and its estimated $50 billion in insured losses, a few are now warning that the storm could significantly erode the Florida Hurricane Catastrophe Fund’s surplus, which could spell trouble for carriers who may face soaring reinsurance costs next year.

“From my point of view, the risk to the system is that the FHCF is the finger holding back the dam,” Gutterman wrote this week in a blog post. “If it gets removed, most of the local insurers are going to get washed away.”

The post has elicited a range of reactions from leaders in the Florida insurance industry.

“He’s not right on everything, but he’s pretty warm,” said John Rollins, an actuary and former chief financial officer at Olympus Insurance Co. in Florida.

The Florida cat fund’s chief operating officer was not available to talk about Ian’s impact on the state-created reinsurance fund. But a spokesperson said the program “is in a strong financial position,” with liquid resources of more than $16 billion and a bonding capacity of $8 billion. 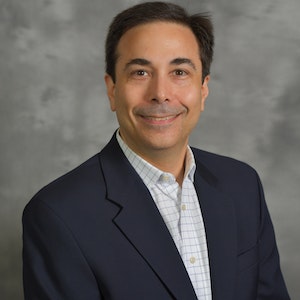 The fund’s reserves, bonding capacity and other factors mean that Gutterman “has no idea what he’s talking about,” said Melissa Burt DeVriese, president of Security First Insurance Co., an Ormond Beach-headquartered carrier with some 160,000 policies in force in Florida.

Others said that while the cat fund will likely survive, Ian’s massive right hook, affecting more than 2.3 million properties, by some estimates, has exposed deeper issues and will push some Florida insurers to the brink. Industry insiders are now saying that a special session of the Florida Legislature is needed soon to salvage the industry and expand the cat fund before the 2023 reinsurance renewal deadlines.

Gutterman’s argument is essentially this: If insured losses from Hurricane Ian do, in fact, reach $50 billion, as some models have predicted, that’s probably around $30 billion in residential losses and enough to wipe out the cat fund’s $12.7 billion surplus, according to publicly available FHCF reports.

Yes, the cat fund will still have bonding capacity and other resources, Gutterman said. But it means that the program will be forced to sell bonds, perhaps at less-favorable rates, which would leave the fund with half the claims-paying capacity for next year’s catastrophe season. That would force insurers to seek more-expensive reinsurance from the gun-shy private reinsurance market.

“While private reinsurers could fill the void, the price they would charge is unaffordable,” Gutterman wrote. “Thus, private insurers (and Citizens) will be far more exposed to cat risk next summer.”

He called it a Hobbesian choice, noting that retaining more risk is not really an option: More insurers will lose their Demotech financial stability rating if they follow that path. That could lead to restructuring, rehabilitation, a structured run-off or even insolvency for some.

The predicted loss numbers for Ian may not be far off. As of early this week, the Florida Office of Insurance Regulation reported more than 222,000 have already been filed from policyholders affected by the storm – a fraction of what the final number will likely be. Citizens, which holds almost 13% of the Florida market, has estimated it will see 225,000 claims and some $3.8 billion in losses. Wednesday morning, Citizens had revised its estimate to $2.4 billion to $2.6 billion in losses, not including litigation costs.

Ian has been called a more powerful storm that could become the most expensive yet to strike Florida, according to some models. Much of the damage, though, appears to have come from storm surge and flooding, which could ultimately moderate the losses for property insurers.

S&P said that, all told, insurers should be able to manage the losses.

“We expect Hurricane Ian to result in substantial insured losses of $30 billion to $40 billion,” reads the report released this week by S&P. “However, U.S. property/casualty insurers we rate are well positioned to absorb losses, and losses for global reinsurers also should remain within annual catastrophe budgets.”

Even if the claims numbers reach unprecedented levels, Rollins, the former Milliman actuary, argued that Gutterman’s presumption that many Florida-domiciled insurers will fail next year is misguided. But only because Rollins believes that the political pressure will soon become so great that state lawmakers will be called on to expand the cat fund’s wind coverage for insurers, something many Florida insurance advocates have lobbied for in recent years.

“A lot of companies aren’t going to make it unless there are some major changes in public policy,” Rollins said.

Others in the industry agreed, noting that some elected officials are now quietly considering a special session as soon as December – the second session this year to deal with Florida’s property insurance crisis. Among other changes, this session will likely focus on lowering the retention, or deductible, that insured losses must reach before insurers can access the cat fund, said Paul Handerhan, a longtime Florida insurance advocate and president of the Federal Association for Insurance Reform. That would essentially provide an affordable, lower level of reinsurance at a crucial moment for the industry.

A special session is needed soon because waiting until the 2023 regular session of the Legislature will be too late, many say. The regular session won’t start until March and ends in May, giving insurers no time to complete their reinsurance programs before the June 1 renewal deadlines.

Other possible legislative reforms could include a new or expanded state-backed reinsurance program, offering up to $50 million per carrier at reduced premiums, to help rescue insurers from the increasingly expensive private reinsurance market.

Pressure is building for a special legislative session, but probably not because of Hurricane Ian’s impact on the cat fund’s surplus, Handerhan said. He pointed out that the FHCF is not really in danger of losing all of its reserves this year, because it will likely take five years to pay all the Ian claims from insurance companies.

“Over that whole time, the cat fund is collecting premium,” he said.

Gutterman agreed that the cat fund could utilize a cash-basis accounting method to smooth over losses, but that is not without risks.

DeVriese, of Security First Insurance, said that the cat fund is not in trouble and probably won’t hurt insurers’ reinsurance costs next year, as Gutterman suggests.

Gutterman’s math “is completely off because he’s not understanding how the FHCF provides only partial coverage to each company – there is private reinsurance coverage that goes below, around, and above the FHCF. So, for example, a $3.8 billion loss for Citizens does NOT mean that Citizens gets $3.8 billion from the FHCF, because the FHCF only covers a portion of the total loss of Citizens.”

Gutterman, contacted by the Insurance Journal, said that he could be missing something, but he believes DeVriese’s assessment is not entirely accurate.

“I’m not saying there’s no way out, but if you look at the risks to the system, the FHCF is the biggest risk, from what I see,” he said.

A bigger concern now, Handerhan argued, is the threat of another hurricane this fall. Two potential systems are brewing this week in the Atlantic Ocean. Another strike on Florida could force carriers to buy reinsurance to prepare for yet another storm before the season is over.

“Imagine our entire industry having to buy reinsurance for a third event,” Handerhan said. “We’re praying that there’s not another hurricane. That would be extremely disruptive.”