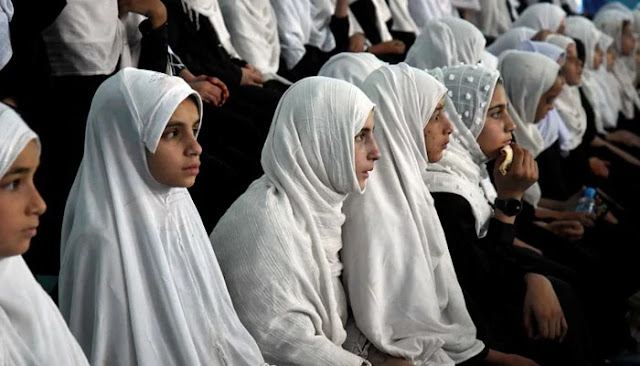 KABUL: The United Nations urged the Taliban on Sunday to reopen high schools for girls across Afghanistan, condemning the ban that began exactly a year ago as "tragic and shameful".

Weeks after the Taliban seized power in August last year, they reopened high schools for boys on September 18 but banned secondary schoolgirls from attending classes.

Months later on March 23, the education ministry opened secondary schools for girls, but within hours the Taliban leadership ordered them shut again.

Since then, more than a million teenage girls have been deprived of education across the country, the United Nations Assistance Mission in Afghanistan (UNAMA) said.

"This is a tragic, shameful, and entirely avoidable anniversary," Markus Potzel, the acting head of UNAMA, said in a statement.

"It is profoundly damaging to a generation of girls and to the future of Afghanistan itself," he said, adding the ban had no parallel in the world.

"A year of lost knowledge and opportunity that they will never get back," Guterres said on Twitter.

"Girls belong in school. The Taliban must let them back in."

Several Taliban officials say the ban is only temporary, but they have also wheeled out a litany of excuses for the closures — from a lack of funds to time needed to remodel the syllabus along Islamic lines.

Earlier this month, the education minister, Noorullah Munir, was quoted by local media as saying it was a cultural issue, as many rural people did not want their teenage daughters to attend school.

Grade 12 student, Kawsar, who gave a fictitious name to protect her identity, said she was frustrated that her high school has been shut for a year now.

"It's been a dark year, a year full of stress and disappointment," she said.

"It's our primary right to have an education. The society needs female doctors and teachers, only boys cannot meet all needs of the society."

Many conservative Afghan clerics within the Taliban are sceptical of modern education.

Last month, the authorities said they were increasing compulsory religious classes in government universities, though no subjects from the current curriculum would be dropped.

Reacting to the education minister's comments in local media, Kainat, a school teacher, said parents and families across Afghanistan were keen to educate their daughters.

"They want their girls to achieve what they aim, every family wants their kids, including girls, to serve the nation," said Kainat, who also gave a fictitious name.

"It's wrong to say that people in Afghanistan do not want their girls to be educated."

After seizing power on August 15 last year during the chaotic withdrawal of foreign forces, the Taliban promised a softer version of their regime in Afghanistan between 1996 and 2001.

But within days, they began imposing restrictions on girls and women — effectively squeezing them out of public life.

Apart from closing high schools for girls, the Taliban have barred women from many government jobs and also ordered them to cover up in public, preferably with an all-encompassing burqa.

Some high schools for girls have remained open in provinces away from the central power bases of Kabul and Kandahar because of pressure from families and tribal leaders.