THE 5 MOST ANTICIPATED TV & STREAMING SHOWS OF SEPTEMBER 2022

ROTTEN TOMATOES' SOCIAL MEDIA FOLLOWERS ARE MOST EXCITED ABOUT STAR WARS SERIES ANDOR AND THE LORD OF THE RINGS PREQUEL SERIES THE RINGS OF POWER IN SEPTEMBER. FIND OUT WHAT OTHER SHOWS MADE THE LIST. 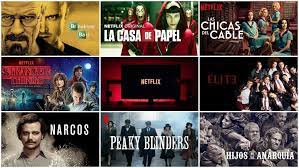 September kicked off with the launch of Prime Video’s The Lord of the Rings: The Rings of Power, which is one of the five titles Rotten Tomatoes fans on social media said they’re most looking forward to in the month. Read on to find out which titles have the highest buzz.

The Star Wars series sees Diego Luna return as Cassian Andor, the role he played in 2016 film Rogue One. Cassian is younger in this prequel to the film, as the series presents the character’s transformation from smuggler and survivor to fully engaged rebel spy.

The new series portrays Middle-earth in the Second Age with Sauron lurking in shadows and a young Galadriel (Morfydd Clark) seeking revenge for her brother’s death. Early free-range hobbits the Harfoots encounter a magical stranger (Daniel Weyman) who fell from the sky, and elven smith Celebrimbor (Charles Edwards) — who will later forge of the Rings of Power — allows his artistic ambition to rule his path.

In season 5 of the Karate Kid film franchise’s sequel series, Kreese (Martin Kove) is in prison, Johnny Lawrence (William Zabka) puts karate aside to fix some of the damage he caused in season 4, Daniel LaRusso (Ralph Macchio) reaches out to an old friend for help, and Terry Silver (Thomas Ian Griffith) tries to expand the Cobra Kai empire and dominate the martial art with his “No Mercy” style.

Animated phenomenon Rick and Morty kicked off its sixth season with a bang, becoming the No. 1 most-watched telecast for women 18-24 and 18-34 and non-sports telecast for male viewers 18-24 and 18-34 on that Sunday. It was also second only to HBO hit fantasy series House of the Dragon as the most-watched non-sports program overall on Sunday for viewers 18-49. The new season finds the time-traveling, universe-hopping sociopathic scientist and his timid grandson down on their luck and dealing with the fallout of season 5’s climactic ending.