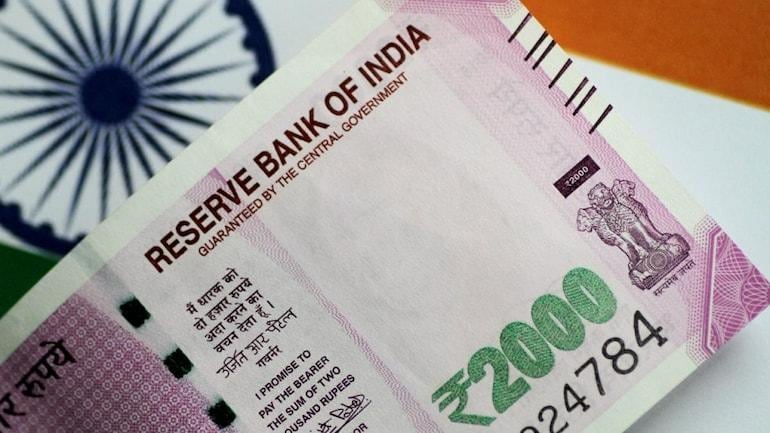 Indian Rupee declined by 30 paise to close at 79.47 (provisional) against the US dollar on Wednesday.

The rupee declined by 30 paise to close at 79.47 (provisional) against the US dollar on Wednesday as the higher-than-expected US CPI print resulted in risk-off sentiment among investors.

At the interbank foreign exchange market, the domestic currency opened at 79.58 per dollar. It hovered in a range of 79.38 to 79.60 during the session.

"The Indian rupee remained under pressure amid a broad-based gain in the dollar after much-awaited US inflation data came higher than expected," said Dilip Parmar, Research Analyst, HDFC Securities.

"However, the recovery in domestic equities and corporate dollar supply gave support to the rupee after a weak opening," Parmar said, adding that in the near term, the spot USDINR is expected to trade in the range of 79.65 to 78.70.

Meanwhile, the dollar index, which gauges the greenback's strength against a basket of six currencies, was trading 0.35 per cent lower at 109.43.

Brent crude futures, the global oil benchmark, advanced by 0.62 per cent to USD 93.75 per barrel.

Foreign institutional investors were net buyers in the capital market on Tuesday as they purchased shares worth Rs 1,956.98 crore, as per exchange data.