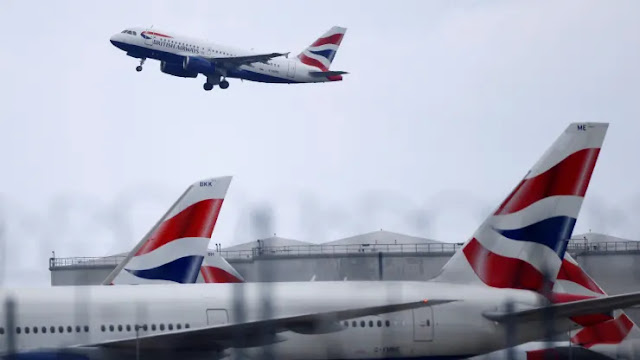 London’s Heathrow Airport will change about 15% of its Monday flights to avoid noise during Queen Elizabeth II’s funeral.“As a mark of respect, operations to and from the airport will be subject to appropriate changes in order to avoid noise disturbance at certain locations at specific times on Monday,” Heathrow said in a statement Thursday.

British Airways said it will cancel about 50 short-haul flights throughout the day. The airline said that the cancellations are on routes where it operates multiple flights a day and that it plans to utilize larger planes to accommodate passengers. A spokeswoman said the carrier doesn’t expect long-haul flights to be canceled.Britain’s busiest airport said flights would be diverted around Windsor Castle during a private family service.

Virgin Atlantic also said it would cancel four flights to and from the airport from Los Angeles and San Francisco: two departures on Sunday and two westbound flights on Monday.“We apologise for any inconvenience caused and thank those affected customers for their understanding during this solemn occasion for the United Kingdom and the Commonwealth,” Virgin Atlantic said in a statement.