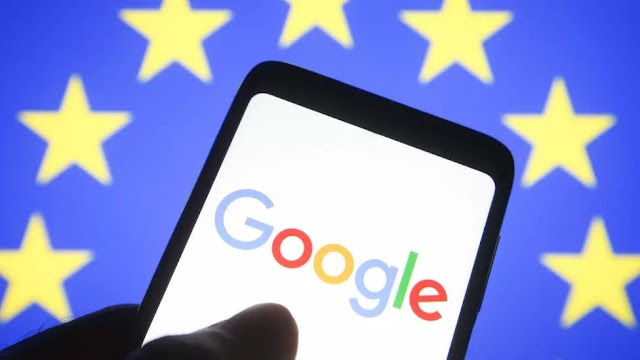 An EU court has largely upheld a record fine against Google for using the Android platform to cement its search engine's dominance.

The €4.125bn (£3.5bn) penalty is the largest anti-trust fine ever handed down by the European Commission.

It said Google had breached its laws by forcing Android phone-makers to carry its search and web browser apps in order to access the Google Play Store in 2018.

The firm said it was "disappointed" by the verdict.

"Android has created more choice for everyone, not less, and supports thousands of successful businesses in Europe and around the world," Google said in a statement.

The European General Court reduced the European Commission's original fine slightly in Wednesday's final ruling on Google's appeal. It said this was to reflect "the gravity and the duration" of the infringement.

"The General Court largely confirms the Commission's decision that Google imposed unlawful restrictions on manufacturers of Android mobile devices and mobile network in order to consolidate the dominant position of its search engine," it said.

A European Commission spokesperson said it will "carefully study the judgement and decide on possible next steps".

The European Consumer Organisation, which represents a network of consumer groups across the EU, welcomed the ruling.

Monique Goyens, its director general, said the ruling "confirms that Europe's consumers must enjoy meaningful choice between search engines and browsers on their phones and tablets".

She said Google had deprived consumers of "genuine choice" over which search engines to use.

"If they preferred, for example, to use more innovative and privacy-friendly services, Google's restrictions prevented them from doing so."

The court's ruling shores up the European Commission's efforts to clamp down on Big Tech, after anti-trust fines against Intel and Qualcomm were quashed by the European General Court earlier this year.

Google says it was acting like any other business when it told other manufacturers using Android that in order to include the Play Store on their smartphones and tablets, they also had to pre-install Google's own search and web apps.

Without that store, the devices would have had limited access to other apps, making them a lot less desirable to buy. The EU says this was unlawful.

The appeal has dragged on for four years now, but Google did change its terms after the original ruling, in 2018. The European court lowered the fine slightly to reflect this - but it's still the largest anti-trust penalty it has ever given out.

Google says Android offers more choice, not less, and that anyone is free to change their search and web browser apps - but the reality is that most people never stray from the option that came with their phone.

A number of different manufacturers use Android as the operating system for their devices.

But at the time of the original 2018 judgement the EU's competition commissioner, Margrethe Vestager, said that only 1% of users downloaded a rival search app, and 10% a different browser.

"Rapid innovation, wide choice, and falling prices are classic hallmarks of robust competition and Android has enabled all of them," chief executive Sundar Pichai blogged.

In that original ruling, the EU commission said that Google had abused its "dominant position" by imposing anti-competitive contractual restrictions on manufacturers because:

Google was required to "stop and to not re-engage in any of the three types of practices" or do anything else that might have the same effect.

In denying Google's appeal, the court agreed with all but the last of these findings - concerning payments to manufacturers - which it annulled.

Drop in a bucket

The European Commission first began scrutinising Android in April 2015, after a complaint by FairSearch - a lobby group that originally included Microsoft, Nokia and Oracle among its members.

Clifford Chance, a law firm representing FairSearch, said the latest judgment was a "vindication" of its client's complaint.

A partner of the firm, Dieter Paemen, said in a statement: "The annulment of one of the infringements found and the reduction of the fine won't lighten up the mood in Mountain View - that's just a drop in the bucket for Google.

"This is a positive outcome for consumers who stand a better chance of real choices on their mobile devices."

Now, Mr Paemen said, the Commission must turn to seriously enforcing the "remedies" in the decision.