Bed Bath & Beyond is closing about 150 stores. Here’s a map of ones on the list so far 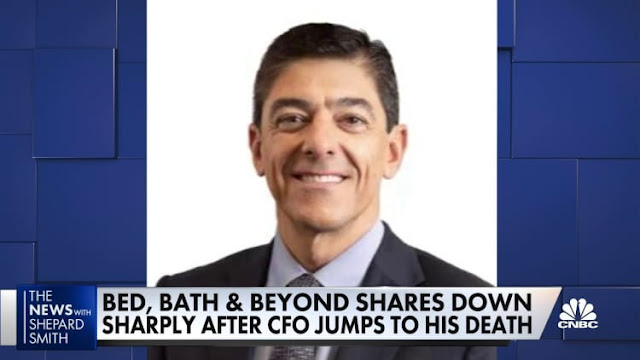 Bed Bath & Beyond has announced dozens of the roughly 150 stores it plans to close.

The struggling home goods retailer released its plans last month to shutter the “lower producing” locations, representing about 20% of its namesake stores.

The closures are part of a broader plan to try to stabilize the company’s finances and turn around its declining sales. In late August, Bed Bath secured more than $500 million in new financing, including a loan, ahead of the key holiday season. Its workforce is getting smaller, too, as it cut its corporate and supply chain staff by about 20%.

Bed Bath & Beyond posted a list of 56 namesake locations it will close. They are scattered across the U.S., from California and Nevada to Ohio and Florida.

The retailer operates other chains, too. It had 135 Buybuy Baby stores and 51 locations under the Harmon, Harmon Face Values or Face Values banners, as of the end of the fiscal first quarter. It is adding to its baby goods banner, however. It opened five Buybuy Baby stores in that three-month period ended May 28.

Bed Bath & Beyond is at a crucial moment. It has put up quarter after quarter of declining sales and burned through cash as it remodeled stores, developed private brands and bought back its own stock. Its same-store sales declined 23% in the first quarter and 26% for the three-month period ended Aug. 27.

The company is scheduled to report its full second-quarter results later this month.

Bed Bath & Beyond is searching for new leadership to take over for its interim CEO and CFO. Its board pushed out Mark Tritton, a Target veteran tapped as chief executive in 2019 to lead a turnaround effort, and Joe Hartsig, its chief merchandising officer. Its chief financial officer, Gustavo Arnal, died by suicide earlier this month. The company eliminated the jobs of chief store officer and chief operating officer.

Shares of the company are down about 38% so far this year. As of midday Thursday, the stock was trading around $8.90, up roughly 1.6%.

If you are having suicidal thoughts, contact the Suicide & Crisis Lifeline at 988 for support and assistance from a trained counselor.