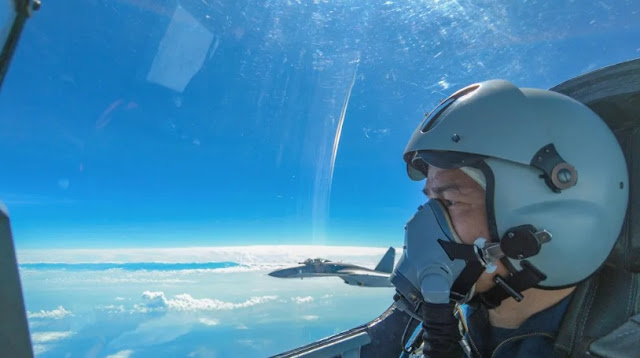 After almost a week, the Chinese military declared its maneuvers off Taiwan over. The goal is still "peaceful reunification" with the neighboring country.

China has declared its military exercises around Taiwan to be over for the time being after about a week. The Eastern Command of the People's Liberation Army said it had "successfully completed various tasks". The combat capability of the army has been effectively tested through joint military operations by the armed forces in sea and air space around the island of Taiwan.

However, changes in the situation in the Taiwan Strait would continue to receive close attention. "Regular patrols" are planned. Military training and other preparations are also to continue. The military will "resolutely protect" China's sovereignty and territorial integrity, the command said.

China expressly reserves the right to use force

"But we will not refrain from using force and we reserve the right to take any necessary action," it said. The use of force is the last resort in compelling circumstances.

In response to a visit to Taiwan by the head of the US House of Representatives, Nancy Pelosi, China had been conducting large-scale military exercises around the island republic for the past week, also practicing a possible conquest of the island. The Chinese government rejects official contacts from other countries to Taiwan because it sees the island as part of the People's Republic. Taiwan sees itself as independent.

The Chinese government said it would not tolerate any foreign interference in Taiwan and would thwart any attempt to split the country. "The historic goal of reunifying our homeland must and will be realized."

During the maneuvers, China also fired ballistic missiles toward Taiwan, one of which reportedly flew directly over Taiwan for the first time. In response, the Taiwanese military dispatched planes, radioed warnings, mobilized missile defense systems and fired flares.