Russia-Ukraine Conflict: Situation In Ukraine—Russia Acknowledges That The Explosions In Crimea Are Due To Sabotage 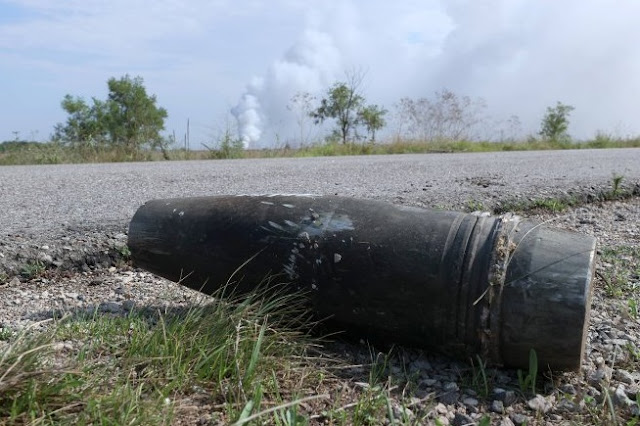 The attack on a Russian ammunition depot has produced neither fatalities nor injuries, according to the local administration.

The Russian Ministry of Defense has admitted that the explosion that took place on Tuesday in a provisional ammunition depot of the Russian Army in the annexed Crimean peninsula was due to sabotage.

"On the morning of August 16, as a result of sabotage, a military warehouse was destroyed in the town of Dzhankoe", the capital of the homonymous district, Defense said in a statement quoted by the Russian agency TASS.

According to the Russian command, as a result of the explosions in the warehouse, several civilian facilities have been destroyed, including a high-voltage line, electrical substations, the railway line and several houses. "There are no serious injuries. The necessary measures are being taken to remedy the consequences of the sabotage," Defense added.

According to a Defense statement released immediately after the incident, it occurred at 06:15 local time (03:15 GMT) in a military unit located next to the town of Maiskoe. At the moment, the authorities have not reported victims in the incident, which, according to the local administration, has forced the evacuation of more than 3,000 people from Maiskoe. The detonation of the ammunition depot comes a week after a series of explosions at a military airfield also on the Crimean peninsula, annexed by Russia in 2014. Ukraine, which denied attacking the airfield, said the explosions destroyed a dozen Russian war planes. Moscow, for its part, said the explosions at the airfield were due to an accidental fire.

According to the Defense Ministry in Moscow, the explosion in an ammunition depot owned by Russian troops in Mayskoe on the occupied Crimean peninsula is due to an attack. This is reported by the state news agency Ria, citing a statement from the ministry. It therefore does not contain more precise information on the background to a possible attack. "Necessary measures would be taken to eliminate the consequences of the act of sabotage," it said. The ministry had previously spoken of an unexplained ignition of the ammunition, and the Russian governor of Crimea of ​​an accident.

visas to Russians Finland wants to massively restrict issuing visas to Russians. Their number is to be reduced by 90 percent in the future, said Foreign Minister Pekka Haavisto. From September, fewer appointments will be made available for applications, which will lead to a reduced number of visas being issued.

Prime Minister Mette Frederiksen announced yesterday that a visa ban had to be discussed. Like Chancellor Olaf Scholz, she is skeptical about a general entry ban for Russian citizens in the EU. During a visit to Norway yesterday, Scholz said that the flight of opposition Russians should not be made more difficult.

Ukrainian Air Force: Russian helicopters were stationed near the explosion in Crimea

According to the Ukrainian military, the explosion in the early morning on the occupied Crimea peninsula, in which an ammunition depot belonging to Russian troops detonated, could also have involved the enemy's war technology. Combat helicopters and other war technology were stationed at the site of the explosion, said a spokesman for the Ukrainian Air Force, according to the Liga news portal. "We hope that the opponent has lost technology and personnel."

It is still too early to talk about possible Russian casualties on the ground, the spokesman said. "Everyone will see the satellite images." The information provided by the Ukrainian Air Force has not yet been verified. There is an airfield in the region near the town of Dzhankoy, but it is several kilometers away from the suspected site of the explosion, Mayskoe. The Air Force spokesman did not claim the explosion for the Ukrainian military: it was their official position that the enemy "does not know how to observe fire safety rules".

The Russian Ministry of Defense had explained several explosions in ammunition depots as non-compliance with fire safety. The explosion in northern Crimea was triggered by ignition of stored ammunition.