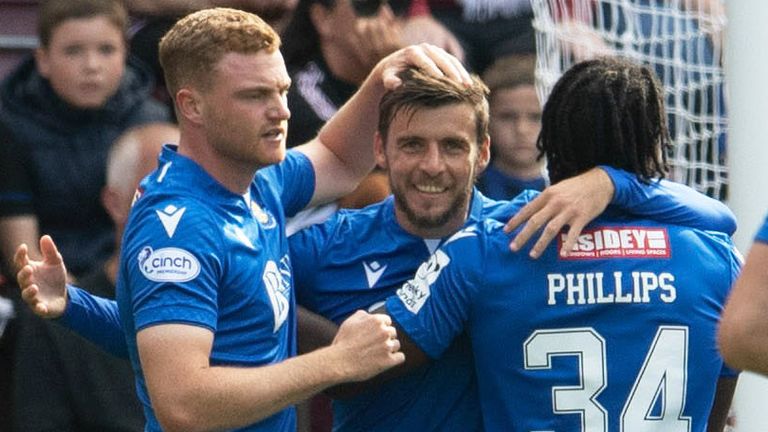 Lawrence Shankland scored a late penalty as Hearts dug deep to defeat St Johnstone 3-2 at Tynecastle in the Scottish Premiership.

The victory came at a cost, however, as the Jambos - already without some key players as they try to balance the demands of domestic and European football - lost first-half goalscorers Kye Rowles and Liam Boyce to injury, along with Nathaniel Atkinson.

Saints boss Callum Davidson made one tweak to the side that lost to Aberdeen last weekend as Stevie May replaced Theo Bair in attack.

The visitors took the lead after just five minutes following a rare error from Craig Gordon. The Hearts and Scotland goalkeeper ran out to the right of his penalty area and his attempted clearance with his weaker right foot was straight at Graham Carey, who hit a well-executed half-volley with the outside of his left foot into the open goal from just outside the box.

Saints' tails were up and Dan Phillips saw a firm shot from 20 yards out held by Gordon at the second attempt.

Hearts' first opening came in the 10th minute when Boyce produced some excellent play to put Ginnelly through on the left but the Englishman shot over from inside the box.