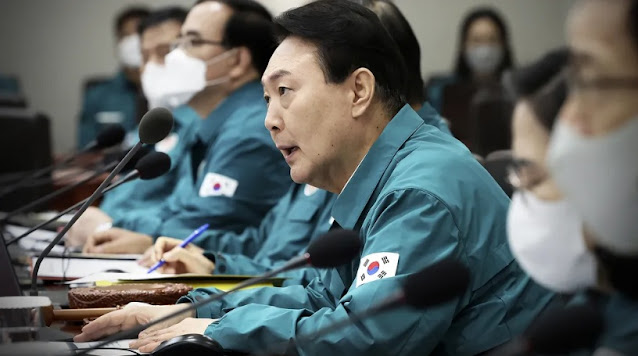 The USA and South Korea are preparing for a conflict with North Korea with military exercises. The government in Seoul expects a clear reaction from North Korea.

The US and South Korea are holding their largest joint military maneuvers in five years. As a spokesman for the South Korean Defense Ministry said, the exercises had started as planned. He did not provide any information on the number of soldiers involved or the military equipment.

Training for soldiers from both armies is to be combined with computer simulations, joint field exercises and a major civil defense exercise by South Korea by September 1 under the name Ulchi Freedom Shield. The government in Seoul expects a clear reaction from North Korea to the eleven-day maneuver. North Korea regularly accuses the United States that the maneuvers with South Korea served to prepare for an attack.

Washington and Seoul deny this, emphasizing the drills were intended to improve defense capabilities. A spokesman for South Korea's reunification ministry, Cho Joong Hoon, said his country had not yet registered any unusual activities or signs of possible action by the North.

Tensions in the region have recently escalated following a series of nuclear-capable missile tests by North Korea. Also for diplomatic reasons, the USA and South Korea had reduced the scope of several exercises in recent years or canceled them entirely. The US wanted to create more scope for negotiations on North Korea's nuclear weapons program. However, since the failed summit between then US President Donald Trump and North Korea's ruler Kim Jong-un in Vietnam in February 2019, these have not made any progress.

Since the beginning of the year, North Korea has carried out numerous weapons tests, including one with an ICBM. South Korea and the United States fear that Pyongyang could test nuclear weapons for the first time since 2017. In total, the United States has 28,500 troops stationed in South Korea.