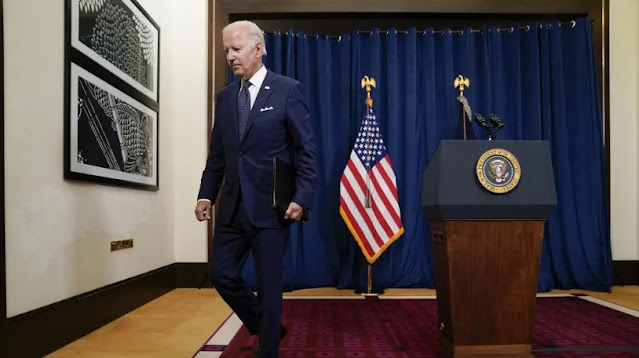 The US President has met the Saudi Arabian Crown Prince. He blamed Mohammed bin Salman for the murder of journalist Jamal Khashoggi.

US President Joe Biden said he warned Saudi Crown Prince Mohammed bin Salman of future acts of violence against government critics at their meeting in Jeddah. He made it clear to the heir to the throne that another act like the murder of journalist and government critic Jamal Khashoggi in October 2018 would result in a "response" from the United States, said Biden after his consultations with bin Salman in the Saudi Arabian port city.

Khashoggi 's murder was "at the top" of the topics of conversation, the US President said. Khashoggi disappeared from the Saudi consulate in Istanbul in 2018. Later it turned out that he was murdered by a special commando. He had published opinion pieces from the United States that criticized the crown prince. According to US intelligence, bin Salman authorized the murder.

Biden's visit to Saudi Arabia and his meeting with the crown prince were therefore harshly criticized by Khashoggi's former fiancé, Hatice Cengiz. In a message on Twitter, she wrote: "The blood of MBS' (abbreviation of Mohammed bin Salman) next victims is on your hands."

Before his election as US President, Biden had said that Saudi Arabia should be treated as a "pariah" state because of the murder of Khashoggi. According to observers, during his current visit to the kingdom he will work not only to normalize relations between Saudi Arabia and Israel, but also to increase Saudi Arabian oil production.

Biden also announced the withdrawal of American peacekeepers from the Saudi Arabian island of Tiran in the Red Sea. A multinational observer force has been stationed on the island, located opposite Sharm el-Sheikh at the entrance to the Gulf of Aqaba, since the peace agreement between Israel and Egypt in 1981 - at that time it was still part of Egypt. In 2017, Tiran was awarded to Saudi Arabia, which wants to develop the island for tourism. The decision to withdraw the peacekeeping force required Israel's approval.

According to the Israeli military, it intercepted a rocket from the Gaza Strip on Saturday night. Two rockets had previously been fired from there, the army said on Twitter. Israelis should have taken shelter from the missiles. Air defense saved civilian lives. The military provided a video recording of an explosion in the air and people walking on the ground.

Two more missiles were later fired from the Gaza Strip toward southern Israel. The two rockets came down in an open area. In response to the rockets from the Gaza Strip, the Israeli military targeted one of the most important rocket production sites there.

The US President reaffirmed his commitment to the two-state solution - even if this is not within reach. The PLO wants to be removed from the US terror list. The United States has increased its aid to the United Nations Relief and Works Agency for Palestine Refugees (UNRWA) by $200 million. This was announced by US President Joe Biden during a visit to the West Bank. It is important that UNRWA can "continue the vital work in support of the Palestinians most in need," Biden said after a meeting with Palestinian President Mahmoud Abbas. Under Biden's predecessor, Donald Trump, the United States stopped making payments to UNRWA.

Biden also promised the EJHN hospital group in East Jerusalem a further $100 million. However, the sum still has to be approved by the US Congress. Meanwhile, Abbas urged the US to recognize a Palestinian state. "The key to peace and security in our region begins with the recognition of the State of Palestine," he said. The Palestine Liberation Organization (PLO) must be removed from the US terror list. "We are not terrorists," said the Palestinian President. The US consulate in Jerusalem must also be reopened.

Biden reaffirmed his government's commitment to the two-state solution. "The Palestinian people deserve a state of their own that is independent, sovereign, viable and cohesive," he said. At the same time, the US President admitted that this goal currently seems a long way off. The peace process between Israel and the Palestinians has been idle since 2014. Biden had previously arrived in Israel to kick off his first trip to the Middle East as President. A visit to the Saudi Arabian city of Jeddah was also planned. Biden will become the first US President to fly directly from Israel to Saudi Arabia.

Biden's trip is considered politically sensitive. Biden has condemned Saudi Arabia after the assassination of dissident Saudi Arabian journalist Jamal Khashoggi. Biden's meeting with Crown Prince Mohammed bin Salman is likely to be about Saudi Arabian oil exports in addition to the kingdom's relations with Israel.