Russia-Ukraine Conflict: Situation In Ukraine—Volodymyr Zelenskyy Excludes The Surrender Of Areas - Lukashenko Speaks Of A "Practically Common Army" With Russia 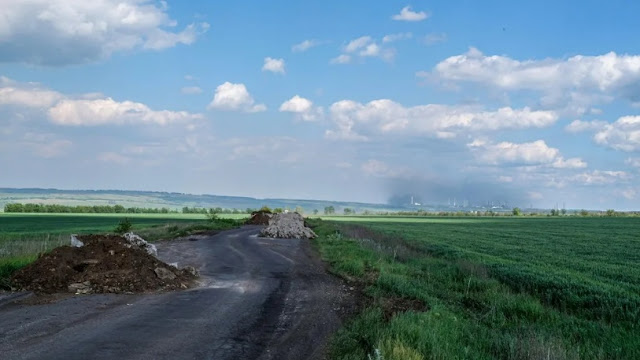 It is only a matter of time before Ukraine regains lost territory. Tens of thousands of Georgians demonstrate for EU union.

Despite the withdrawal of the Ukrainian army, Ukrainian President Volodymyr Zelenskyy does not see the city of Lysychansk in the east of the country as lost. "If the command of our army withdraws people from certain points of the front where the enemy has the greatest advantage in fire - Lysychansk in particular - it means only one thing: that thanks to our tactics, thanks to the increased supply of modern weapons, we will come back, "said him on Sunday. After weeks of defensive fighting, the Ukrainian army announced in the evening that it was withdrawing from Lysychansk.

The Ukrainian army announced that it had withdrawn from Lysychansk in advance of the encirclement. "Russia has a big advantage in infantry and artillery," the military said in Kyiv. The retreat was to protect the soldiers . "We're taking everything back, we're rebuilding everything." Russia had previously reported taking the city . Lysychansk was the last major Ukrainian bastion in the Luhansk region. Its conquest is one of the war goals named by Russia. The information from the combat zones can hardly be checked independently.

Ukraine announced that its presence at November 's G20 summit in Indonesia was conditional. "Our participation depends on the Russian Federation, whether it will be there," Zelenskyy said, according to the Interfax-Ukraine agency. "I have told the President of Indonesia (Joko Widodo) that we are grateful for the invitation, but we have a security situation."

At the planned G20 summit in Bali, the topic of food safety is likely to play an important role alongside the Ukraine war. Russia is part of the G20 and has confirmed its intention to participate. It is still unclear whether President Vladimir Putin will be there or connected online. Widodo had also invited Selenskyj.

A Marshall Plan for Ukraine

Delegations from almost 40 countries are meeting today and tomorrow in Lugano to discuss the reconstruction of Ukraine, which has suffered devastation in the four months since the war began. The Marshall Plan, which contributed to the reconstruction of Europe after the Second World War, should serve as a model.

First, the government in Kiev will present its recovery plan and then discuss with its allies how best to deal with the enormous challenges. In addition, the Ukrainian government will also face calls for comprehensive reforms, especially in the fight against corruption. At the end of the conference, a joint declaration is to be adopted. Ukrainian President Volodymyr Zelenskyy will only take part in the deliberations virtually. Prime Minister Denys Schmyhal is to represent him in Lugano, who will be accompanied, among others, by Foreign Minister Dmytro Kuleba and other ministers and several members of parliament.

High-ranking representatives from 37 other countries are also expected, as well as delegations from 14 international organizations and hundreds of business representatives and representatives of civil society. Among others, EU Commission President Ursula von der Leyen and the Prime Ministers of Poland, the Czech Republic and Lithuania have confirmed their participation.

According to Lukashenko, Belarus and Russia have "practically a common army"

Belarusian ruler Alexander Lukashenko has reaffirmed his close ties with Russia. Belarus is so closely linked to the Russian Federation that "we practically have a common army . But you knew all that. We will continue to be firmly united with fraternal Russia," Lukashenko said at a celebration of the anniversary of Minsk's liberation Soviet troops in World War II.

We are the only country supporting Russia in this struggle.

He supported Putin's actions against Ukraine "from day one". "Lukashenko's statement about a joint army with Russia is particularly dangerous for the Belarusian people," said Ukrainian President Volodymyr Zelenskyy. Ukrainian officials anticipate the former Soviet state's increasing involvement in the war.

Other events of the night:

At a meeting with the President of the International Olympic Committee Thomas Bach, Zelenskyy welcomed the exclusion of Russian and Belarusian athletes from many competitions.

In the Georgian capital of Tbilisi, tens of thousands of people once again demonstrated for their country's rapprochement with the European Union.

Belarusian ruler Alexander Lukashenko has reaffirmed his close ties with Russia. Belarus is so closely linked to Russia "that we practically have a common army," he said.

The Federal Government's Anti-Semitism Commissioner, Felix Klein, has called on Ukraine to join the International Holocaust Remembrance Alliance. The reason for this was statements made by the Ukrainian ambassador to Germany, Andriy Melnyk, about the former Ukrainian nationalist leader Stepan Bandera.

According to estimates by the Federal Network Agency, Germany would only be able to budget for one to two months with its current gas reserves.