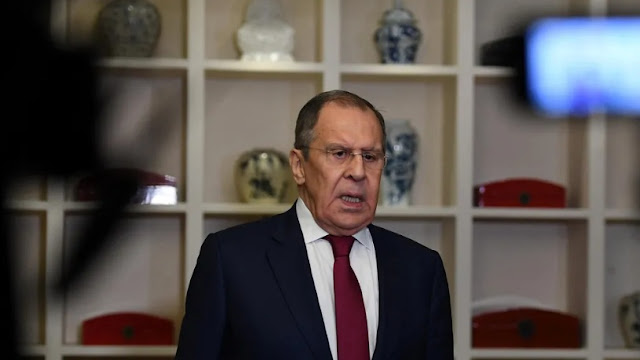 The Russian foreign minister wants to speak to his US counterpart "if time permits." OSCE responds to reports of torture from Russia.

Russia's Foreign Minister Sergei Lavrov wants to hold talks with his US counterpart Antony Blinken "if time permits". His appointment calendar is currently full, said the spokeswoman for the Russian Foreign Ministry, Maria Zakharova, according to the state news agency TASS. The Russian foreign minister and his US counterpart have not spoken to each other since the war began on February 24. Blinken announced on Wednesday that a phone call "in the coming days" with Lavrov would be about the release of US basketball player Brittney Griner and her compatriot Paul Whelan, who were imprisoned in Moscow. The US Secretary of State also wants to address compliance with the agreement on the export of grain from Ukraine.

The Organization for Security and Co-operation in Europe (OSCE) wants to review the human rights situation in Russia. US State Department spokesman Ned Price said. This was in response to recent Russian measures restricting freedom of expression and assembly , as well as reports of torture of people in detention in Russia. A group of experts will present their report to the public in September.

Ukrainian President Volodymyr Zelenskyy has again called for Russia to be classified as a "state sponsor of terrorism". No one in the world invests more in terrorism than Russia, he said in a video message. This requires a "legal response at a global level". According to Zelenskyy, Russian forces continued "a series of strategically senseless and brutal attacks" on the Donbass in eastern Ukraine.

The favorite to succeed Boris Johnson at the head of the British government, Liz Truss, has pledged further support for Ukraine should she take office.

According to Ukrainian sources, a Syrian ship with stolen grain has docked in the Lebanese port of Tripoli. The ship is said to have been loaded with 5,000 tons each of flour and barley in Russian-occupied Crimea.