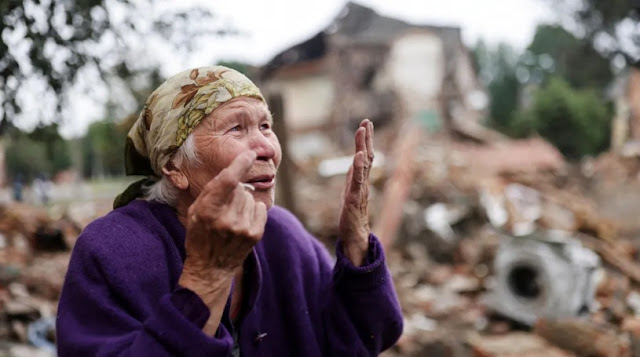 According to the US government, the number of dead and wounded on the Russian side is higher than previously assumed. Ukraine reports massive troop movements.

Ukraine wants to supply the European Union with more electricity from its own country in order to overcome the energy crisis sparked by Russia. As Ukrainian President Volodymyr Zelenskyy announced in his recent video address, the country is planning "an increase in our electricity exports for consumers in the European Union". "Step by step, we are making Ukraine one of the guarantors of European energy security, precisely through our domestic electrical energy production," said Zelenskyy.

Before the war, Ukraine had covered half of its energy needs from nuclear power. A large part is not being used at the moment, as production has largely come to a standstill due to the war. However, Russian troops have now captured the largest nuclear power plant in Enerhodar, a hydroelectric power plant on the Dnipro River and at least two coal-fired power plants.

According to a senior adviser to Zelenskyy, Russia is undertaking a "massive redeployment" of troops towards the three southern regions of Kherson, Melitopol and Zaporizhia. Advisor Oleksiy Arestovych also confirmed earlier statements by forces loyal to the Kremlin that the country's second largest power plant is in Russian hands.

According to the US space agency Nasa, Russia will continue to participate in the International Space Station ISS until at least 2028. The high-ranking Nasa manager Kathy Lueders said that they had learned this from their Russian colleagues. "At the working level, there are no signs that anything has changed," said Lueders.

According to US estimates, more than 75,000 Russians have been killed or wounded in the war against Ukraine. This was reported by the broadcaster CNN, citing members of the US House of Representatives. The US foreign intelligence service CIA had recently estimated the number of Russian war dead at 15,000 people. There is no official information from Russia.

The Russian journalist Marina Ovsyannikova, who became known for her anti-war protests on live Russian television, is due to appear in court in Moscow this Thursday. The 44-year-old is accused of discrediting the Russian army. She faces a long prison sentence.

US Secretary of State Antony Blinken is planning a phone call with Russian Foreign Minister Sergei Lavrov for the first time since the war began. The conversation is about a possible prisoner exchange. The US wants to secure the release of US basketball player Brittney Griner and US citizen Paul Whelan. However, Russia announced late in the evening that there was no official request for such a talk.