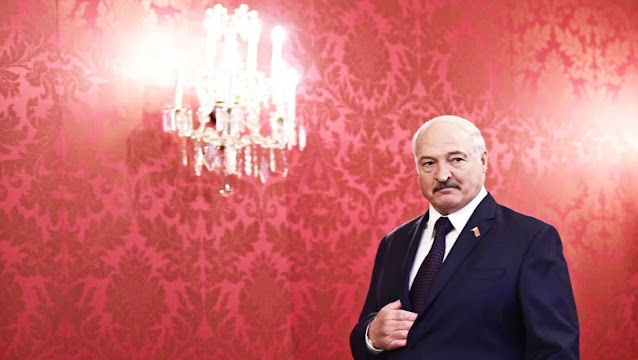 If there is an attack on Belarus, his country will react immediately, warns ruler Lukashenko. Fighting continues in eastern Ukraine.

Belarusian ruler Alexander Lukashenko has threatened the West. If there is an attack on Belarus, his country will react immediately, he said in a speech on the country's upcoming Independence Day, according to the state news agency Belta. Lukashenko has also accused Ukraine of launching rocket attacks on his country.

"Less than a month ago I ordered our armed forces to target the decision-making centers in your capitals," Lukashenko said. He didn't explain exactly what he meant by that. Last week, Russian President Vladimir Putin promised Lukashenko the delivery of nuclear-capable Iskander-M missile systems "in the coming months." Since the end of February there have been fears that Belarus could officially join Russia in the war in Ukraine . Lukashenko has already admitted that in the first weeks of the war, Russian rockets were fired at Ukraine from Belarusian territory.

According to Ukrainian sources, fierce fighting broke out again along the entire war front in the east . There were contradictory statements about the situation in Lysychansk, which was particularly hotly contested. The Ukrainian army rejected reports of success from pro-Russian separatists, according to which the city was now completely surrounded.

Other important events of the night:

In the wake of the destruction in Ukraine, President Volodymyr Zelenskyj has called for  international help to rebuild his country.

According to Russian sources, explosions in the Russian city of Belgorod near the Ukrainian border lead to a fire in an apartment building.

The party and parliamentary group leader of the European People's Party (EPP), Manfred Weber, has called for a special EU summit because of the Russian throttling of gas supplies.

The German Federal Network Agency warns of the consequences of unequal gas supply. It would take a very long time to restore the gas supply once it failed.