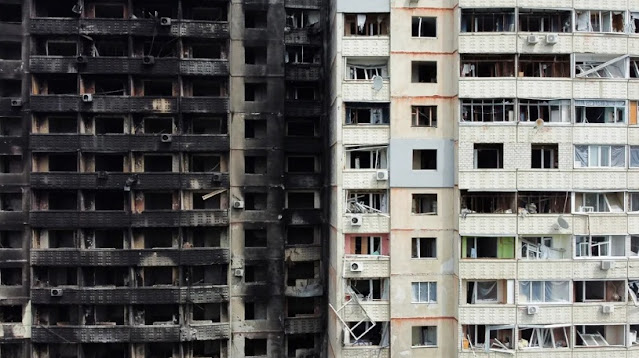 Volodymyr Zelenskyy dismisses two senior employees. Rockets are repulsed in eastern Ukraine, and artillery fire is pouring in in the north.

As a consequence of numerous cases of collaboration with Russia, Ukrainian President Volodymyr Zelenksy has deposed the heads of the secret service and the general prosecutor 's office . More than 60 employees of the two agencies remained in the Russian-occupied territories and collaborated with Russia, the head of state said.

That raises "very serious questions" for the responsible leadership, said the president. There are a total of 651 criminal proceedings for high treason and collaboration by employees of the public prosecutor's office, investigative authorities and other law enforcement authorities.

The Presidential Office issued decrees dismissing the head of the SBU Ivan Bakanov and Prosecutor General Iryna Venediktova from their posts. These are the highest-ranking layoffs since the war in Ukraine began. According to its general staff, the Ukrainian army repelled Russian attacks in the Donbass near the cities of Sloviansk and Bakhmut. The administration reported more than 50 artillery shelling from the Sumy region in northern Ukraine. At night, the city of Nikopol in the Dnipropetrovsk region was shelled.

According to the President, the high-ranking officials are partly responsible for collaboration in the occupied territories. The infiltration raises "serious questions". More than 60 employees in the Ukrainian security apparatus are said to have switched sides in the Russian-occupied areas and collaborated with Russia . The Ukrainian President now drew the necessary conclusions and in the evening dismissed Ivan Bakanov, the head of the domestic secret service SBU. Prosecutor General Iryna Venediktova also has to vacate her post. Both are jointly responsible for numerous cases of collaboration with Russia. The President's Office in Kyiv issued decrees removing both from their posts.

Zelenskyy said that more than 651 cases of possible treason by local officials are currently being investigated by the Ukrainian authorities. The suspects are mainly in areas occupied by Russian soldiers or pro-Russian fighters. Such a large number of "crimes against the foundations of our national security" and "links between Ukrainian law enforcement officials and Russian special services" would raise "serious questions" for their superiors. "Each of these questions will be answered," said Zelenskyj in his evening video address.

Bakanov (47) was a close companion of Zelenskyj from his days as a television comedian, he had headed the secret service since 2019. Venediktova was responsible for the prosecution of Russian war crimes in Ukraine , and in particular she led the investigation into suspected Russian war crimes in the city of Bucha. No successor has been named for Bakanaw. The General Prosecutor's Office is to be temporarily headed by Oleksiy Simonenko.

The high number of criminal proceedings for high treason and collaboration by employees of the public prosecutor's office, investigative authorities and other law enforcement agencies makes it clear how great the challenge of Russian infiltration is for Ukraine, Zelenskyj said. Russian troops have captured large parts of southern and eastern Ukraine. It is unclear why the southern Kherson region fell to Russia relatively quickly. There was still strong Ukrainian resistance around Kiev, which eventually forced Russia to withdraw from there.

TV journalist Marina Ovzyannikova was briefly detained near Moscow. Photos were posted on her Telegram channel showing police officers taking her into a minibus. On the night of Monday, the civil rights portal OVD-Info, citing lawyer Dmitri Sachwatov, reported that she was free again. Ovzyannikova had previously posted photos showing her holding a protest poster within sight of the Kremlin. The Russian state television employee showed a protest poster against the war in a live broadcast in March.

Chancellor Olaf Scholz is committed to a stronger and "geopolitical European Union". In a guest article for the Frankfurter Allgemeine Zeitung, the SPD politician writes that the EU must close its ranks "on migration policy, for example, on building a European defense system, on technological sovereignty and democratic resilience." Scholz described the EU as a "lived antithesis to imperialism and autocracy", which is why it is a thorn in the side of those in power like Russia's President Vladimir Putin.

The CSU calls for the Bundeswehr to be upgraded in such a way that it can contribute to a "policy of deterrence" within NATO. This emerges from a draft resolution of the CSU state group for their summer retreat beginning on Wednesday. "Putin's brutal war of aggression shows that effective foreign policy needs deterrence - and that also includes a clear commitment to nuclear sharing," said Alexander Dobrindt, head of the regional group.

According to Deputy Head of the Russian Security Council Dmitry Medvedev, NATO and Ukraine remain a threat to Russia. As long as NATO and Ukraine do not recognize the Black Sea peninsula of Crimea, which was annexed in 2014, as part of Russia, there is a danger, said the former president. Should Ukraine attempt to reconquer the peninsula, the "Last Judgment" will befall all Ukrainians.

In the Polish capital Warsaw, Ukrainians and Poles protested against the war in front of the Russian embassy.