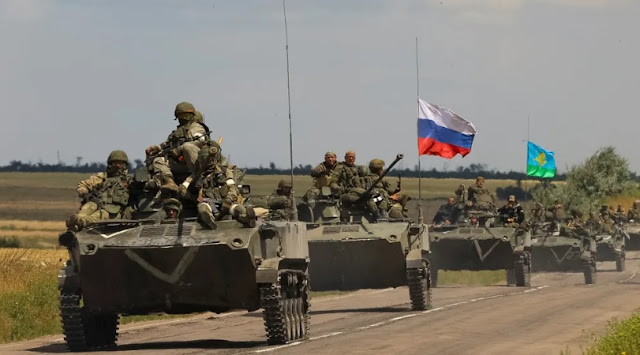 Russia's Foreign Minister Lavrov has confirmed plans for a change of government in Kyiv. Volodymyr Zelenskyy swears by Ukrainian independence.

In his daily video address, the President of Ukraine, Volodymyr Zelenskyj, described the preservation of national unity as the most important task. This is the only way the country can win the war and become a member of the EU. In his speech, Zelenskyy reacted to the announcement by Russian Foreign Minister Sergey Lavrov that he wanted to overthrow the government in Kyiv. Ukrainians will never give up their independence, the President said.

Lavrov had previously confirmed Russia's plans for a change of government in Ukraine. "We are definitely helping the Ukrainian people to free themselves from the regime that is absolutely hostile to the people and history," Lavrov said during a visit to Cairo. He contradicted his own statements from April. "We have no intention of changing the regime in Ukraine," the Russian chief diplomat said in an interview with India Today television at the time.

Russia, meanwhile, has announced that it will try more than 220 members of Ukraine's armed forces before an international tribunal. The Russian daily Rossiyskaya Gazeta quoted the head of the Russian investigative committee, Alexander Bastrykin, as saying that the Ukrainians were involved in "crimes against the peace and security of mankind that have no statute of limitations." The accused include representatives of the high command of the Ukrainian armed forces and commanders who are alleged to have attacked the civilian population.

Other important events of the day:

Former US Secretary of State and Nobel Peace Prize winner Henry Kissinger has advised Ukraine and the West not to cede post-war occupied territories in negotiations with Russia.

The FDP is open to direct tank deliveries to Ukraine. The Chairwoman of the Defense Committee of the Bundestag and FDP politician Marie-Agnes Strack-Zimmermann admitted that the Eastern European allies in the so-called ring exchange for their arms deliveries to Ukraine could not be equipped with replacements as quickly as expected.