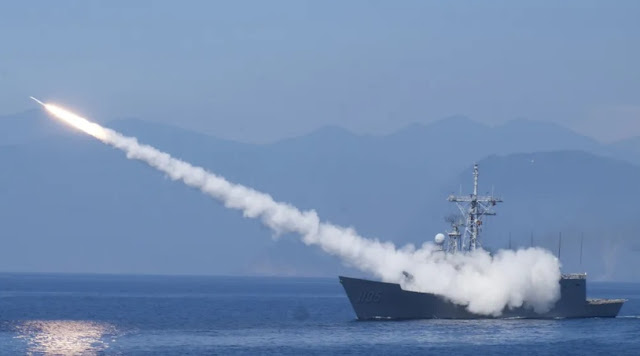 The government in Beijing also wants to use live ammunition in the water. President Xi Jinping previously warned against "playing with fire".

China  has announced military maneuvers in the Taiwan Strait that will also include the use of live ammunition. The government announced this in a statement released by state media. Entering the waters is prohibited during the maneuver between 8:00 a.m. and 9:00 p.m.

Tensions between China and the United States over Taiwan have steadily increased in recent months. On Thursday, China's head of state Xi Jinping said in a phone call with US President Joe Biden: "Those who play with fire will eventually get burned. I hope that the US side understands that correctly."

The reason for the tense situation is a possible visit to Taiwan by US politician Nancy Pelosi. As Speaker of the House of Representatives, Democrat Pelosi holds the third highest office in the US and is likely to travel to Taiwan on a military plane. The Chinese government regards such a visit, which has not yet been confirmed by the US government, as a provocation.

The Chinese government wants to reunite Taiwan with the mainland - if necessary with military force. The Russian war of aggression against Ukraine has recently fueled fears that China could take similar action with Taiwan.