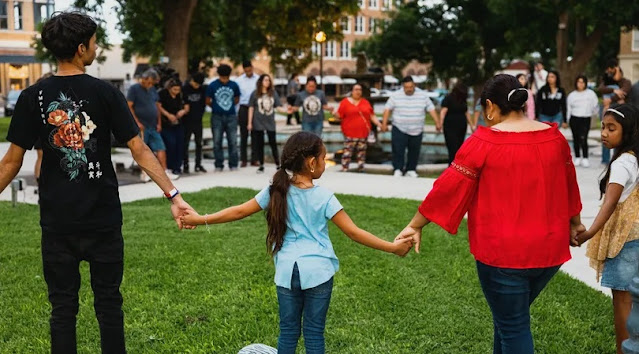 19 elementary school students shot dead by a youth: another killing spree horrifies the United States. Nothing will change how much this country loves its right to guns.

How do you put into words what is hard to put into words? 19 elementary school students are dead, shot by a gunman at their school in Uvalde, Texas . They were seven, eight, nine years old. Went to second, third, and fourth grade. Summer vacation started for them on Thursday. The teacher Eva Mireles, who is said to have tried to save the children, died with them.

For the second time in a few days, a double-digit number of people have been killed by gun violence in the USA; the victims of the racist attack on a supermarket in Buffalo, New York, are not all buried yet. Both perpetrators were only 18 years old. Both allegedly used firearms, some of which they had illegally converted and thus made even more deadly, but legally acquired and owned.

It has now been read as the deadliest mass shootings this year so far. The fact that this is an established benchmark at all shows the perverse dimensions that gun violence has assumed in the USA. According to statistics from the non-profit research platform Gun Violence Archive, which documents these incidents, the year 2022 already has more gun violence than days.

And even more numbers: There are about 120 firearms for every 100 people in the USA - and these are only the registered ones. Nobody knows exactly how many unregistered guns are in circulation in addition to the more than 390 million legal guns. The number of new sales reached new records in the two years of the pandemic - and with it the number of victims. In 2020, 45,222 people died from gun injuries in the United States , that's 124 a day. Eight out of ten homicides are related to gun violence.

In the international, yes even in the national media, most of these incidents do not even take place, they are so commonplace. Anyone who lives in a major city like Washington, DC and follows police reports reads at least once a day an alert about an armed suspect on the run. It's sad normality in America for people to shoot others or themselves.

"What are we doing here?" Democrat Chris Murphy, who was speaking in the Senate when the news broke from Uvalde, kept asking. His voice trembling with anger, he asked his colleagues in the plenary a legitimate question: "Why are you here if not to solve such an existential problem as this?" A few hours later, a visibly shaken Joe Biden spoke to the population: "We as a nation have to ask ourselves: When in God's name are we going to stand up against the gun lobby?"

Both Joe Biden and Senator Murphy have seen bills for a consistent regulation of gun laws fail due to the lack of a majority in the Senate - and that should also apply to the next attempt. Even as the two spoke, prominent Republicans like Ted Cruz were already calling for more armed security guards in schools. It is precisely this politics of fear that the lobby organization National Rifle Association (NRA) is using to consolidate its power and the industry is doing good business. The story: There is only one thing that protects against such rampages – namely more weapons.

If that were true, the US would be the safest country in the world. When it comes to gun violence, however, they are the complete opposite, and by a wide margin. Comparative data from other countries shows that the number of victims correlates clearly with easy access to firearms. You have to bend reality extremely if you want to put forward a factual argument for continued unrestricted gun ownership.

But that's not necessary. Since 1791, the Second Amendment has guaranteed every US citizen the fundamental right to own a gun. For some, this right is almost a fetish, they proudly wear the text printed on T-shirts or write it on their Facebook profile. It is not the majority of the US population who display this attitude. But the NRA's lobbying is aimed at precisely this cult -- and large sections of Republicans maintain their power by servicing it.

Even if there were to be a Senate majority to introduce background checks nationwide as a prerequisite for gun ownership , that would not solve the problem. It's just another opportunity for the gun lobby and their supporters to distract from the real causes, true to the NRA mantra: the problem isn't the gun, it's the shooter.

In a few days the NRA will be holding its annual conference. In addition to Donald Trump, Greg Abbott, the governor of Texas, will also speak there, who lamented the violent death of the students in Uvalde on Tuesday afternoon as "a senseless crime". The same Abbott who tweeted in 2015 that he was "ashamed" of his state, which ranked second only to California in the number of gun sales: "There's more to come, Texans." Under Abbott's administration last year, Texas lowered the legal age to own a firearm from 21 to 18. The perpetrator of Uvalde had just turned 18 a few days ago.

His exact motives have yet to be determined. But the question of why can also be answered in this way, it applies to this act just as much as to all previous ones: because he was able to do it. And he won't be the last.

In American society, the individual's freedom to own a gun still trumps the lives of innocent people like the 19 school children in Uvalde. That will only change when the grief and anger that spills through the country after each of these acts and then trickles away again, may at some point become too great. Big enough to force political change - and maybe one day even change the constitution.