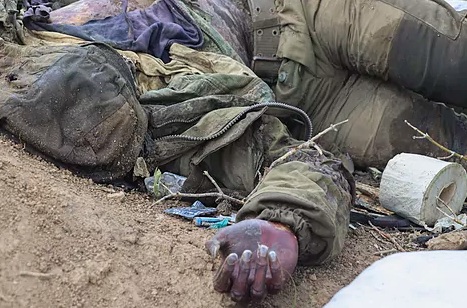 Russia confirms its readiness to resume negotiations with kyiv on the war in Ukraine.

Day 85 of the war in the Ukraine. Russia has shifted to a defensive mode in the south by building fortifications and maintaining military pressure in the east around Luhansk and Izium, with increasing signs that it is preparing for a protracted war in Ukraine.

Meanwhile, at the Azovstal steel mill, Russia continues to report the surrender of members of the Azov Battalion. The deputy commander of the Battalion, Svyatoslav Palamar, nicknamed Kalina, has left the Azovstal steelworks and has surrendered, as announced by the military commander Dmitry Steshin: "Kalina left Azovstal at 9 o'clock last night."

The European Parliament on Thursday was in favor of establishing a special international court to judge the "crime of aggression perpetrated against Ukraine by the political leaders and military commanders of Russia and its allies", and has asked the European Union garner global support to establish it.

In a resolution approved this Thursday, MEPs consider that, since the International Criminal Court does not have jurisdiction over the crime of aggression in this situation (because neither Ukraine nor the Russian Federation have ratified the Rome Statute), "this loophole must be addressed through the creation of a special international court".

This would be in charge of investigating and prosecuting the alleged crimes of aggression committed against Ukraine by the political leaders and military commanders of Russia and their agents since the beginning of Moscow's invasion of the country on February 24.

Italian Prime Minister Mario Draghi warned on Thursday that Italy will achieve independence from Russian gas by the second half of 2024, which implies more time than initially calculated. The eurozone's third-largest economy relies heavily on Russian gas but has been looking for new sources since Russia's invasion of Ukraine, including through a deal to boost supplies from Algeria.

In an intervention in the Senate, Draghi has assured that his government seeks to promote the production of renewable energy and hopes to annul "the bureaucratic barriers" for that investment. It is the "only way" to free Italy from having to import fossil fuels. "The estimates made by the government indicate that we can become independent from Russian gas in the second half of 2024," he assured the parliamentarians, so "the first effects" of that plan will be registered at the end of that year, he added.

Ukraine, the country with the most applications to enter the EU rejected in 2021

A total of 72,280 Ukrainian citizens had their application to enter a European Union country rejected in 2021, making them the nationality that obtained the fewest permits during that year. According to data published this Thursday by Eurostat on compliance with immigration laws in 2021, citizens from Ukraine accounted for 52% of the total requests not authorized by EU states. They also lead the ranking of returns to third countries, together with the Albanians, since their return was then much easier.

Albania and Moldova accumulate after Ukraine the highest percentage of rejected requests for entry, with 15 and 9% in each case. The neighboring states of Hungary, Poland and Romania were in fact the ones that rejected the most applications. Overall, the EU prevented the entry of 139,000 people in 2021 (1% more than in 2020), while 681,200 people were detected residing illegally in the EU, 22% more than the previous year. France was the country that reported the most illegal immigrants (215,200), followed by Hungary and Germany, with 134,100 and 120,300, respectively.

The European Parliament approves the suspension of trade tariffs for Ukraine

Green light from the European Parliament to suspend customs duties on imports of Ukrainian products for one year. The legislative text, approved in full by 515 votes in favor, 32 against and 11 abstentions, provides for the total abolition, for one year, of import duties on industrial products, customs duties for fruit and vegetables, as well as anti-dumping duties and safeguard measures on steel imports.

According to the text, with this measure the Parliament wants to "provide a response to the impact of the Russian war against Ukraine, which is holding back the country's commercial capacity."

Another 771 Ukrainian defenders of the Azovstal metallurgical plant in Mariupol (southeast) left that facility on the last day, with 1,730 soldiers who have "surrendered" and handed over to the Russian forces since Monday, according to the Ministry of Defense. Russian defense.

These hundreds of soldiers belong to the so-called Azov Battalion, said the military spokesman, Major General Igor Konashénkov, in his morning war report.

"All those who need hospital treatment (estimated at eighty) receive assistance in medical institutions" in the town of Novoazovsk, controlled by Russia through the self-proclaimed Donetsk People's Republic, and in the city of Donetsk, dominated since 2014 by the separatists pro-Russian, explained the military spokesman.

Turkey's president, Recep Tayyip Erdogan, has again accused Sweden and Finland of harboring "terrorists" that he claims to justify his refusal to allow those two democracies to join NATO.

"NATO is a security organization, we cannot accept the presence of terrorist organizations in it. Sweden is a country of terrorism. If a country says no, they cannot enter NATO," said the Islamist leader when asked today on the matter during a meeting with young people.

Erdogan recalled that his country has "authority" to block applications for admission from Sweden and Finland since admissions require the agreement of all members of the Alliance. "If a country says no, they cannot be accepted into NATO," he said.