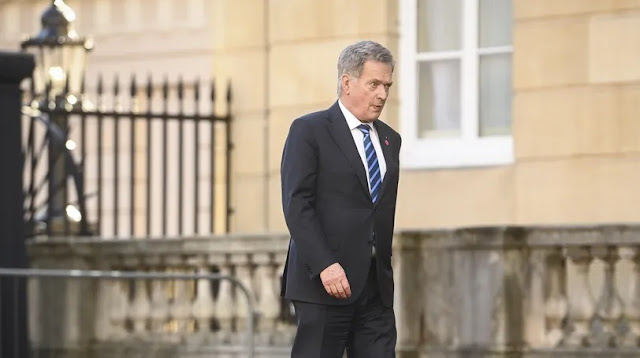 Finland has been neutral for decades, but that could change in the future: President Niinistö and Prime Minister Marin support joining the military alliance.

In view of the Russian attack on Ukraine, Finland's NATO membership is becoming more likely: Finnish President Sauli Niinistö and Prime Minister Sanna Marin have spoken out in favor of it. In a joint statement, the two endorsed membership in the western military alliance. It is expected that Finland will decide to apply for membership in the coming days.

"NATO membership would strengthen Finland's security," said a joint statement by Niinistö and Marin. As a NATO member, Finland would "strengthen the entire defense alliance." Both hoped that the national steps necessary for the decision would be taken quickly within the next few days, the President and Prime Minister said.

Niinistö and the government ultimately decide together whether Finland will submit a NATO application. Along the way, the government published a security analysis in April, highlighting the benefits and risks of potential membership - without, however, announcing a position for or against a corresponding application.

So far, Finland and Sweden have been close partners of NATO, but they are not official members. For decades, a majority of Finns refused to join NATO. However, since neighboring Russia invaded Ukraine, public opinion has changed significantly – especially in Finland, which shares a long border with Russia.

"Our northern neighbors have made history"

In polls over the past 20 years, no more than 20 to 30 percent of Finns and Swedes have supported membership in the transatlantic defense alliance. Now the share has risen to over 75 percent in Finland and 50 percent in Sweden. Many parties also changed their position on this issue. A separate security policy analysis will be published in Sweden on Friday.

Denmark welcomed the positioning of the political leadership in Finland. "Denmark will of course warmly welcome Finland to NATO," Prime Minister Mette Frederiksen wrote on Twitter. Finnish accession would strengthen NATO and common security. Denmark will do everything to ensure a speedy admission process once the formal application for membership has been submitted. Estonian Prime Minister Kaja Kallas also wants to support Finland's rapid accession to NATO. "Our northern neighbors have made history. They can count on our full support," she tweeted.

Niinistö and Prime Minister Sanna Marin have traveled to numerous NATO countries in recent weeks to talk, among other things, about security guarantees in a possible transitional period between the application and admission. The USA, Germany and other NATO members have expressly said that they want to support applications from the previous partner states Finland and Sweden, provided that the two Nordic countries decide to do so. NATO will welcome them with "open arms," ​​said Alliance Secretary General Jens Stoltenberg. Experts expect that NATO will quickly grant Finnish accession.

Joining the alliance would be of great strategic importance. Finland has a border with Russia that is around 1,300 kilometers long and, as a NATO member, would massively change the balance of power in the region. Russia has therefore already announced "serious consequences" for the case. Although Finland has made cuts in defense in recent years, it still maintains a much larger army than, for example, the more populous Sweden. In the event of a war, the country with its 5.5 million inhabitants can call on 280,000 soldiers and a further 600,000 reservists.

At the beginning of April, the government in Helsinki announced that it would increase its military spending by more than two billion euros over the next four years. A defense budget of 5.1 billion euros is planned for 2022. 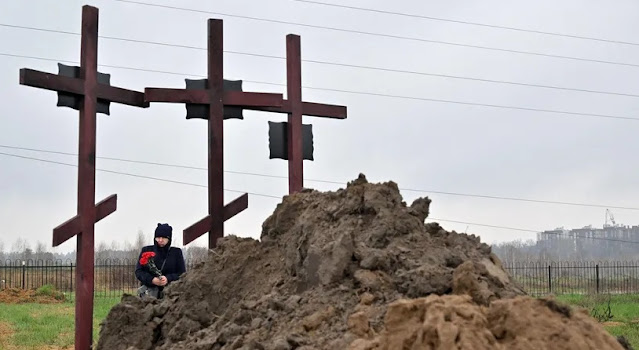 The Prosecutor General's Office in Ukraine has announced the first war crimes trial against a Russian soldier. Prosecutor General Iryna Venediktova said 21-year-old Wadin S. was accused of killing a 62-year-old cyclist shortly after the war began in February. He faced up to 15 years in prison.

The soldier is said to have shot at the civilian from the window of a stolen car in the village of Chupakhivka, authorities said. The member of a tank unit wanted to flee in the car with four comrades after an attack on his convoy in northern Ukraine. The victim was therefore a witness to the theft. The 62-year-old civilian was cycling not far from his house in the village of Chupakhivka. According to Ukrainian sources, he had no weapon. According to prosecutors, the suspect fired on the orders of another Russian army officer.

Venediktova did not say when the trial should begin. Prosecutors released a blurred photo of the suspect. She did not provide any information about the circumstances of the capture or the fate of the other four Russian soldiers.

According to the information, the Ukrainian Prosecutor General's Office is investigating more than 10,700 alleged cases of war crimes by Russian troops and has so far identified more than 600 suspects. Many of the alleged crimes were discovered after Russian troops withdrew from the Kyiv area in early April. Residents of towns like Bucha reported murder, arson, rape, torture and mutilation. Various mass graves were also found.

Wenediktowa said on Wednesday evening in the ZDF heute-journal that her work was taking place under difficult conditions because her authorities were denied access to the contested areas. This is the case, for example, in the port city of Mariupol. Her team is also investigating forced disappearances, she said. "There are adults as well as children." However, the work here is also very difficult because she has no contact with the abductees, since their phones are often taken away from them.

At the request of the government in Kiev, the UN Human Rights Council in Geneva is holding a special session this Thursday on the human rights situation in Ukraine. The United Nations General Assembly suspended Russia's membership of the Human Rights Council in April over the Ukraine war. Immediately afterwards, the Russian government announced its resignation from the body.