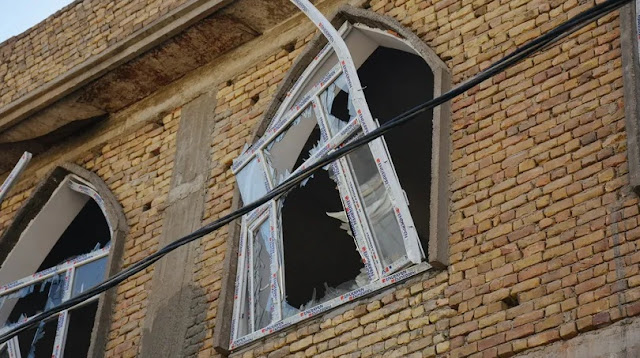 At least 20 people have been killed or injured in an attack in Kunduz. Afghanistan is experiencing a new wave of violent attacks.

Authorities say dozens of people have been killed in an explosion at a mosque in the northern Afghan city of Kunduz. Twenty people were killed or wounded, Kunduz province commander Kari Badri said. The Tolonews broadcaster reported at least 30 dead or injured, citing security circles. It was initially unclear who was behind the attack.

According to Afghan media reports, there were also explosions in other cities. Many people were killed and wounded in attacks in several parts of the country on Thursday.

According to the international media, the largest attack on a Shiite mosque in the city of the former Bundeswehr base Mazar-i-Scharif is said to have killed at least twelve people and injured 58, some seriously. An explosive device attached to a bicycle also killed at least four people and injured 18 others in Kunduz. The terrorist militia Islamic State claimed responsibility for these attacks.

At the beginning of the week, an assassination attempt was made on a boys' school in a Hazara district of the capital Kabul. At least six people were killed and 25 injured. So far, no one has confessed to the crime. The Islamist Taliban regained power in Afghanistan in August 2021 after international troops withdrew . Experts fear that rivalry with other extremist groups could lead to even more violence.

The EU condemned the attacks. Attacking places of worship is a violation of international law and human rights and is also "a crime in the holy religion of Islam," said Peter Stano, spokesman for the EU's foreign service. The attacks threatened to fuel violence and instability in the country.

According to the spokesman, the two attacks in Mazar-i-Sharif and Kunduz were aimed specifically at the Shia religious minority and the predominantly Shia Hazara ethnic group. In contrast, the mosque in Kunduz where the explosion occurred was a Sunni one. The EU is calling on the political leadership in Kabul to ensure the protection of all Afghans and to hold the perpetrators accountable in due process, Stano said. "All Afghan citizens, including ethnic and religious minorities, deserve to live in safety, with full respect for their human and fundamental rights." 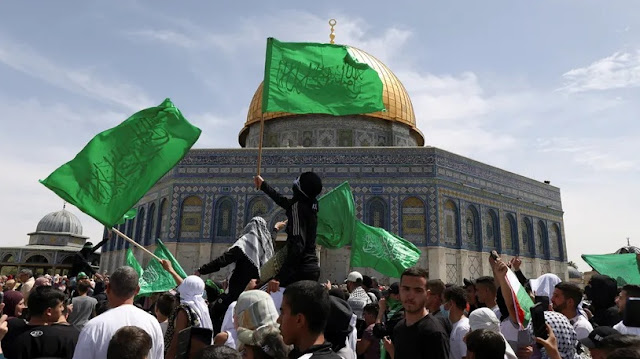 Israeli police stormed the Al-Aqsa Mosque. Since the beginning of March, 14 people have been killed in attacks in Israel and 200 injured in subsequent unrest.

More than 30 people have been injured in renewed clashes between Palestinian demonstrators and Israeli police around the Temple Mount in Jerusalem . Israeli police officers have stormed the Al-Aqsa Mosque compound. They used tear gas, flashbang grenades and rubber bullets against Palestinian youths who threw stones and firecrackers at the security forces.

According to police, Palestinians had already thrown stones at the Wailing Wall early in the morning and erected simple fortifications. Some of them waved flags of the militant Islamist Hamas. At least 31 Palestinians were injured in the clashes, two of them seriously, according to the Palestinian aid organization Red Crescent. About a dozen injured were taken to the hospital.

Video footage showed police also firing on a group of journalists who were holding cameras and loudly identifying themselves as members of the press. At least three Palestinian reporters were injured by rubber bullets. According to Israeli media reports, the operation began at night and lasted six hours.

More than 200 people were injured in riots in Jerusalem last week . Earlier in March, four attacks carried out by Palestinians or Arab Israelis killed 14 people in Israel . 24 Palestinians, including attackers, have also been killed in operations by the Israeli security forces since March 22.

The situation in Jerusalem's old town has also been particularly tense for weeks because the Muslim month of fasting, Ramadan, coincides with the Jewish Passover and Christian Easter this year. The Temple Mount in the Old City is a sanctuary of all three religions.

Jewish believers are allowed to visit the square in front of the Al-Aqsa Mosque at certain times, but they are not allowed to pray there. Israel also banned Jewish groups from visiting the site on Friday, the rule applies until the end of Ramadan. The Israeli government also banned a flag march by right-wing Jewish activists planned for Wednesday.

The Palestinians, on the other hand, accuse Israel of wanting to soften the rules for the Temple Mount. Israel's Foreign Minister Jair Lapid disagreed. Israel "preserves and will continue to maintain the status quo on the Temple Mount," Lapid said. Above all, he called on Muslim believers not to be influenced by Hamas extremists who stir up hatred.

Observers fear that tensions in Jerusalem will spread to the Middle East conflict. Last year, unrest in Jerusalem resulted in an 11-day armed conflict between Gaza's radical Islamist group Hamas and the Israeli army, during which more than 250 people were killed. At the time, Hamas fired thousands of rockets at Israeli residential areas, most of which were intercepted.

Also in recent tensions, Palestinian militants have launched rockets from the Gaza Strip towards Israel. The Israeli army responded with airstrikes in the Palestinian coastal area and, according to its own statements, hit an underground missile factory.

The attacks also put the coalition government of Israeli Prime Minister Naftali Bennett to the breaking point. At the beginning of April, the broad left-right coalition lost its wafer-thin majority in the Knesset. On Sunday, the Arab Raam party then announced that it would suspend its participation in the coalition.

Bennett hopes to ease tensions between the factions by the end of the Israeli parliamentary recess in early May. If he fails and the Raam party leaves the coalition, the opposition could initiate a vote of no confidence in him. In Israel, the fifth election would then be possible within three years.