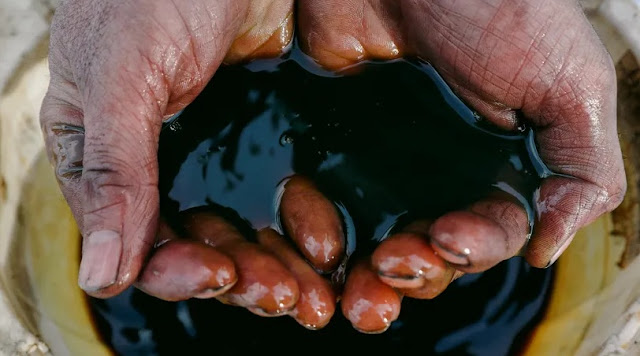 Leading EU politicians see a coal embargo against Russia as just the next step. They expect decisions on gas and oil - and possibly soon.

European Union leaders have openly advocated banning oil imports from Russia as well. "I think that action on oil and even gas will be needed sooner or later," said EU Council President Charles Michel at the European Parliament in Strasbourg. "Today we stop the coal, but that's only a very small part of the bill," said foreign affairs officer Josep Borrell.

On Tuesday, the EU Commission presented a package of sanctions that included a coal embargo, the member states still have to vote on it. A three-month transitional period is planned. The coal trade with Russia has an annual volume of four billion euros - meanwhile, the EU has already paid 35 billion euros for energy imports to Russia since the beginning of the Russian invasion of Ukraine, said Borrell. Most of it is oil and gas. The EU foreign policy representative compared the sum with the value of the arms deliveries to Ukraine, which was only one billion euros.

Commission President Ursula von der Leyen also said in front of Parliament that one must now take a look at oil imports from Russia: "We have now banned coal, but now we have to look at oil and also at the income that Russia generates from fossil fuels. "The sanctions imposed so far will not be the last, and dependence on Russian energy must be reduced quickly: "This has to come to an end," said von der Leyen.

Oil and gas exports to Europe are Russia's main source of income. According to the statistics agency Eurostat , the EU countries paid 99 billion euros for Russian energy exports last year. However, energy was significantly cheaper last year, and the Russian state can expect a far higher amount of oil and gas revenues this year and use them to cushion the sanctions against its financial system. An embargo on oil and gas is considered the most effective economic sanction that would directly affect Russia.

In line with this, the voices that expect such a measure are increasing. The Vice-President of the EU Parliament, Katarina Barley (SPD), she expected the next step to be an oil import ban. This will come "relatively quickly," she said. A gas embargo would be more difficult because not only Germany but a number of other countries are very dependent on Russian gas exports.

The chairman of the EPP group in the EU Parliament, Manfred Weber, said that a parliamentary majority would support a resolution against oil imports. However, an import ban as well as the planned coal embargo must be decided by the member states.

At this point, such a step could fail due to the resistance of several member countries, including Germany. The federal government rejects a ban on gas imports and warns of serious economic damage. Federal Minister of Economics Robert Habeck confirmed this: only when Germany has further reduced its dependence on gas, oil and coal will it make sense to stop imports, said the Green politician.

According to current plans, Germany should not become independent of energy imports from Russia until 2024. However, banning gas exports only then would not be expedient, said Clemens Fuest, President of the Ifo Institute for Economic Research. "If it makes any sense to stop gas imports from Russia, then immediately," he wrote in an article published by ifo(PDF). The federal government is making a mistake if it continues to import gas during the ongoing Russian war against Ukraine and only stops importing them after the war. Instead, according to Fuest, imports would have to be resumed after the war or not interrupted at all beforehand in order to be able to continue to put pressure on Russia. Meanwhile, the EU must build an alternative gas supply. This would be more expensive, "but also much safer".