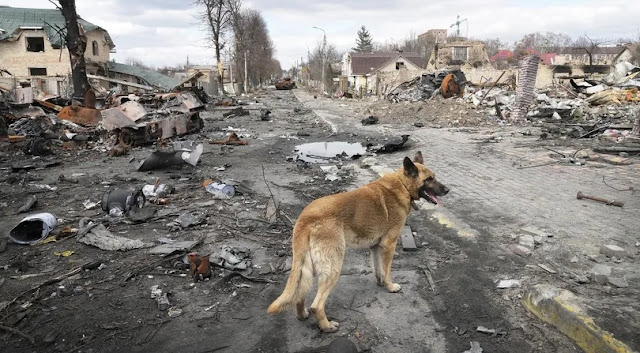 United Nations experts are tasked with investigating what happened in Bucha, Ukraine. Independent lawyers should look for evidence of possible war crimes.

The United Nations wants to send human rights experts to Bucha, Ukraine, to investigate the deaths of hundreds of civilians. This was announced by the spokeswoman for the UN High Commissioner for Human Rights (OHCHR) in Geneva, Elizabeth Throssell. She did not give an appointment.

A team from the UN office with around 50 employees is currently stationed in Uzhgorod in western Ukraine, around 800 kilometers from the capital Kiev and the suburb of Bucha. After the Russian troops withdrew, at least 330 bodies were discovered in the small town in the past few days.

Throssell announced that an investigative commission made up of independent lawyers would also look into what was happening in Bucha. The body should collect evidence of possible war crimes on behalf of the UN Human Rights Council. "It's progressing on several levels," Throssell said. The Ukrainian government had previously announced that it would work with the International Criminal Court, the Red Cross and the EU to investigate possible crimes in Bucha and other cities.

OHCHR sees growing evidence that civilians were being deliberately killed in Bucha. "Everything indicates that the victims were deliberately targeted and killed outright," Throssell said. "And this evidence is very disturbing." International humanitarian law prohibits intentional attacks on civilians in armed conflicts. This would amount to a war crime.

It's hard to imagine a military connection "when a person is lying on the street with a bullet in the head" or bodies with burned bodies are found, Throssel said, looking at photos of dead civilians with their hands tied and partially naked women whose bodies had been burned. She pointed out that the High Commission itself currently has no employees on site in Butscha.

Ukraine blames Russian occupying forces for the killings in Bucha. The Russian government denies this and speaks of a "staging" by Ukraine. A New York Times analysis of satellite imagery and cellphone video refutes this account.