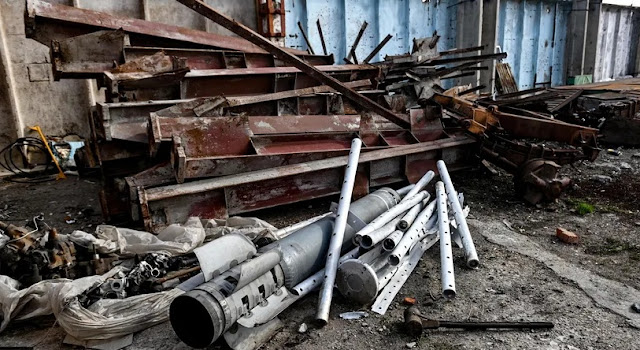 Russian soldiers had advanced close to the Ukrainian capital of Kyiv. They brought death and destruction.

Within days of the Russian invasion of Ukraine beginning on February 24, Russian forces pushed into the Kyiv suburbs. They were supposed to take the capital, but met the determined resistance of the Ukrainians. The offensive was quickly stopped, but the Russians left behind devastated villages, small towns and Kiev suburbs.

According to the region's police chief, more than 1,000 bodies have been found in the Kyiv region since the withdrawal. The discovery of hundreds of bodies, some buried in mass graves, in Hostomel, Irpin, Bucha and Borodjanka northwest of the capital had caused international outrage. Since then, the residents of the region have been busy assessing the damage and doing clean-up work.

Ukraine has stored weapons from the US and Europe in warehouses on the compound near the city of Zaporizhia, Russia said. These were destroyed. According to the Russian military, it destroyed a large number of weapons delivered to Ukraine from the West. They were destroyed in a rocket attack in the south-east of the country. This was announced by the Russian Ministry of Defense in its daily briefing.

The weapons from the US and European countries were stored in warehouses on the premises of an aluminum plant near the city of Zaporizhia, it said. In total, Russian troops are said to have flown attacks on a total of 59 targets in Ukraine, including four ammunition depots. 120 Ukrainian soldiers were killed. The information cannot be independently verified. The Ukrainian authorities reported rocket hits on a company in Zaporizhia without further details.

Ukrainian President Volodymyr Zelenskyy has repeatedly asked the West for supplies of heavy weapons in order to push back Russian forces in the east of the country. On Tuesday, at the invitation of the United States, 40 countries met at the US military base in Ramstein to discuss how Ukraine can be further strengthened militarily.

After much hesitation, the federal government agreed to deliver heavy weapons. According to this, Ukraine should receive anti-aircraft tanks of the Gepard type . "The cheetah is exactly what Ukraine needs now to secure the airspace from the ground," said Defense Minister Christine Lambrecht (SPD). 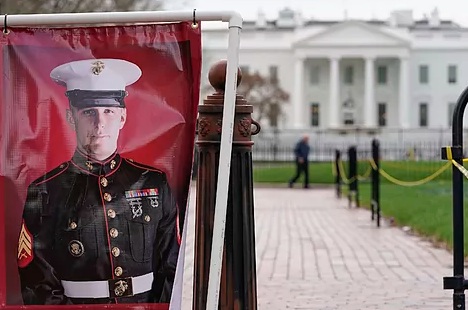 US Marine Corps soldier Trevor Reed has been released by the Russian government , while Washington has released Russian pilot Konstantin Yaroshenko.

It is an unusual exchange of prisoners, since normally such operations are carried out with spies or prisoners of war. And neither Reed nor Yaroshenko had been tried for crimes against the security of Russia or the United States.

The first was sentenced to nine years in prison for an attempted attack against a Russian police officer in Moscow in 2019, in a process that he himself described as "clearly political." Washington has repeatedly accused Moscow of keeping US citizens in jail to pressure the US government . In announcing the release of the prisoner, the president of the United States, Joe Biden , did not refer to the exchange of prisoners, although he did say that "it has required difficult decisions." In fact, the exchange has been announced by Russia.

In March, as the war in Ukraine intensified, the US asked its citizens to leave Russia, fearing they would be stopped by Vladimir Putin 's regime. A month earlier, Olympic medalist Brittney Griner had been arrested in Moscow for possession of hashish. The US State Department claims that Russian authorities have not allowed its officials to visit Griner in prison. Washington also says Moscow is keeping Marine Paul Whelan , sentenced for espionage to 19 years in prison in 2020, in jail solely for political reasons.

Yaroshenko had been arrested in Liberia in 2010, as part of an operation by the US anti-narcotics agency, the DEA. The Russian citizen, who is an airplane pilot, was sentenced to 20 years in prison for drug trafficking. The US Justice ruled that Yaroshenko was part of a plan to transport cocaine worth 100 million dollars (93 million euros) from South America to Liberia and, from there, to other countries, including the US.