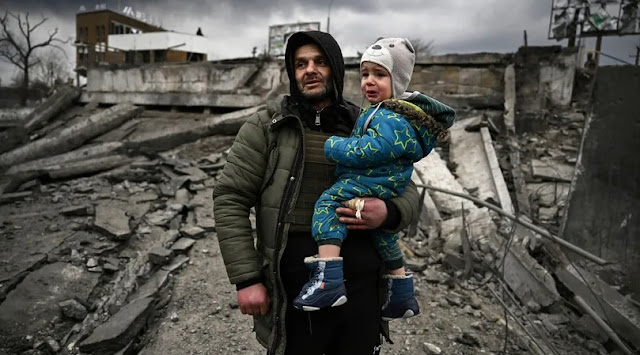 The war in Ukraine overview..

On the twelfth day of Russia's illegal attack, Russian soldiers again attacked cities and suburbs in Ukraine. Families seek shelter in basements and subway stations. In many places, electricity and heating have failed. Countless people are fleeing the contested areas - or are surrounded.

Attempts to create safe corridors through which civilians could flee failed again. In the north, east and south of the country, Russian soldiers tried to gain control of other areas. In doing so, they encountered sometimes fierce resistance from the Ukrainian army and armed citizens.

No significant agreement was reached in what is now the third round of talks between Ukrainian and Russian representatives in Belarus. There are some minor advances in the logistics of evacuating civilians, Ukrainian negotiator Mykhailo Podoliak told Reuters. However, no agreement had been reached that would lead to a significant improvement in the general situation. Ceasefire talks should continue. The meeting lasted around three hours, reported Belarusian state media in Minsk, citing the Russian embassy there.

In the evening, for the first time since the beginning of the war, Russia openly threatened to stop gas supplies through the Nord Stream 1 pipeline in the Baltic Sea. "We have every right to make a 'mirror-fair' decision and to impose an embargo on the passage of gas through the Nord pipeline Stream 1, which today has a maximum capacity of 100 percent," said Russian Deputy Prime Minister Alexander Novak in a speech broadcast on state television. He commented on the stopped Nord Stream 2 line, which Russia is trying to put into operation.

Talks over a ceasefire are to continue. Russia expects the next round of talks to take place in the near future. The exact date may be set on Tuesday, Leonid Slutski said on Russian state television. As a condition for a cessation of fighting, Russia is demanding that Ukraine declare itself neutral in its constitution. In addition, Kyiv must recognize the annexed Black Sea peninsula of Crimea as Russian and the separatist areas as independent. However, that excludes Ukraine. Two attempts to evacuate the city of Mariupol have already failed. Both sides accused each other of violating an agreed ceasefire.

Russian troops have gathered in front of Kyiv. According to reports from the Ukrainian army, the Russian army continues to concentrate its forces in the suburbs of the capital. Observers interpret these movements in such a way that a large-scale attack on Kyiv is imminent.

The price of oil rises to a record high. Fighting in Ukraine and Western plans to halt oil and gas supplies from Russia have pushed oil prices to their highest level since 2008. Natural gas has also become significantly more expensive. Diesel even cost more than petrol.

Volodymyr Zelenskyy calls on Europe to stop oil and gas imports. The Ukrainian President calls for tougher sanctions against Russia. A boycott of Russian exports is necessary, and with it a ban on oil and natural gas from Russia. However, Germany continues to rely on energy imports from Russia. On Tuesday, the EU Commission intends to present proposals for a quick decoupling of the EU from Russian energy supplies.

The United States assures the Baltic states of NATO protection. At the start of his visit to the Baltic States, US Secretary of State Antony Blinken assured Lithuania and Latvia of NATO protection and US support. In Riga he spoke of a "democratic wall" that is now standing up against a flood of autocracy. 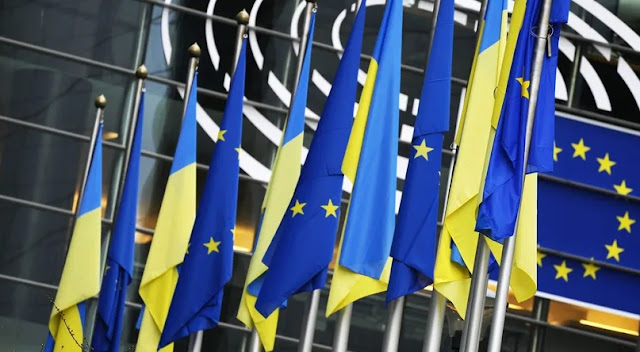 The former Soviet states of Ukraine, Georgia and Moldova want to become part of the European Union. The EU Commission should now examine the corresponding application.

EU membership for Ukraine has so far been ruled out because of the conflict with Russia. Now the EU states have agreed that they want to examine the Ukrainian application for membership. However, the country cannot hope for quick membership – even if Ukraine were to hold its own against the Russian attack.

According to the French Council Presidency, the ambassadors of the EU countries agreed to obtain an initial statement from the EU Commission on the candidate status for Ukraine. The applications from Georgia and Moldova should also be examined.

The heads of state and government of the 27 EU countries are likely to deal with the topic at a summit meeting in Versailles, France next Thursday. Above all, eastern EU countries such as Poland and Slovenia had campaigned for Ukraine's membership.

The three former Soviet states had officially applied to join the EU after the Russian invasion of Ukraine. Ukrainian President Volodymyr Zelenskyy even demanded that the Europeans fast -track membership in order to be able to play a trump card against Moscow.

However, the EU countries did not follow suit, as diplomats said. Because EU accession procedures are lengthy and involve a large number of steps. According to the EU treaty, candidate countries must meet numerous criteria. They range from the stability of state institutions and the rule of law to a functioning market economy.

The first hurdle is the opinion of the EU Commission. It examines the applications thoroughly and can then recommend EU countries to grant a country candidate status. Only when all 27 member countries agree unanimously can the actual accession process begin.

The various accession chapters will then be opened in a process lasting many years. The candidate countries have to prove to the EU that they meet the so-called Copenhagen criteria for membership readiness. As a rule, this requires comprehensive reforms, for example in the fight against corruption or in the judicial system.

The start of accession negotiations does not always lead to membership, as the example of Turkey shows. It was granted candidate country status at the end of 1999, and accession negotiations began in October 2005. However, these turned out to be extremely tough, including in the conflict over EU member Cyprus.

After the failed military coup against Turkish President Recep Tayyip Erdogan in 2016 and the mass arrests that followed, the EU put the process on hold for the time being. Several Balkan states have also been in the waiting room of the EU for years.