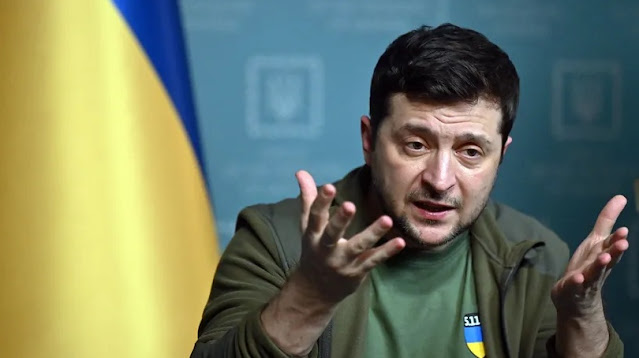 By rejecting a no-fly zone, NATO gave the green light to bomb Ukraine. This is what President Zelensky said in a speech.

In a bitter and emotional speech, Ukrainian President Volodymyr Zelensky criticized NATO for not enforcing a no-fly zone over his country. "All the people who die from now on will also die because of you, because of your weakness, because of your lack of unity," he said in a speech. "The alliance gave the green light to bombing Ukrainian towns and villages by refusing to establish a no-fly zone." This would completely tie Russia's hands with regard to air strikes on Ukraine.

On Friday, NATO refused to set up a no-fly zone. Because this could trigger a full-scale war in Europe with nuclear-armed Russia, the alliance warned.

"All the Alliance did today was to put 50 tons of diesel fuel through their procurement system for Ukraine. Maybe so we can burn the Budapest Memorandum," said Zelenskyy, referring to the security guarantees given to Ukraine in 1994 in exchange for the withdrawal of their Soviet-era nuclear weapons. "You will not be able to compensate us with liters of fuel for the liters of our blood that have been spilled for our common Europe."

The Ukrainians would continue to resist, he said, and had already thwarted Russia's plans for a lightning invasion by enduring nine days of darkness and evil. "We are children of light. The history of Europe will remember this forever." 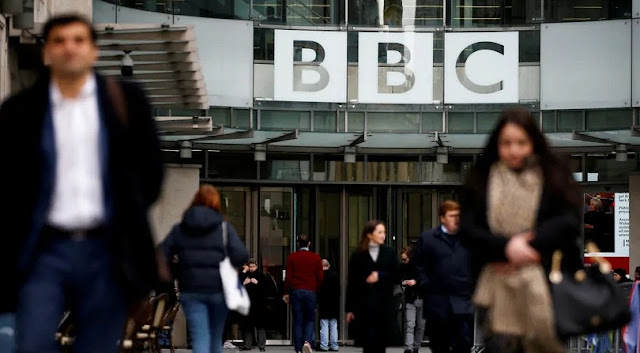 Following the enactment of a new media law in Russia, several international broadcasters and agencies have suspended all or part of their work in the country. "CNN will stop broadcasting in Russia while we continue to assess the situation and our next steps," a spokesman for the US broadcaster confirmed on Friday evening when asked. The US news agency Bloomberg had previously announced that it would stop reporting on Russian territory. The British BBC also initially stopped any form of reporting on the territory of the Russian Federation.

Russian President Vladimir Putin signed several laws further restricting freedom of expression in Russia on Friday evening, further curtailing independent media reporting. Up to 15 years in prison are threatened for spreading alleged "false information" about the Russian armed forces. Penalties also threaten those who publicly "denigrate" the army. The Russian parliament had previously approved a corresponding change in the law.

"Bloomberg News will temporarily suspend the work of its journalists in Russia," the New York-based company said on Friday evening. The change in the law appears to be aimed at making every independent journalist a criminal, said Bloomberg editor-in-chief John Micklethwait. That makes it impossible "to continue any semblance of normal journalism in the country."The BBC announced its decision via Twitter on Friday. "This legislation appears to criminalize the process of independent journalism," BBC director general Tim Davie was quoted as saying in the tweet. "This leaves us with no option but to halt the work of all BBC News journalists and their staff in the Russian Federation while we investigate the full impact of this undesirable development."

Employee safety comes first, Davie continued. "We're not willing to put them at risk of prosecution just because they're doing their job." He expressed his respect for all employees in Russia "for their bravery, determination and professionalism".

Next BBC news for millions of Russians

However, the BBC's Russian-language news program will continue to be operated from outside Russia. Reporting from Ukraine will also continue. The BBC remains committed to making independent information available to audiences around the world, including millions of Russians using the BBC News Service.

Since last week, media in Russia have been banned from using terms such as "attack", "invasion" and "declaration of war" in reporting on the war against Ukraine. Moscow describes the war as a military "special operation".

On Friday, the authorities blocked the online network Facebook and restricted access to Twitter. The Russian media regulator Roskomnadzor justified the blocking of Facebook by saying that the network had "discriminated against" Russian media. Roskomnadzor initially did not give reasons for restricting access to Twitter. The authority merely stated that the basis for the access restriction was an application by the Attorney General's Office dated February 24 - the day the Russian war of aggression in Ukraine began.

Many Russians had used Facebook and Twitter to find out about the invasion of the neighboring country outside of the state media. Vice President of the Facebook group Meta, Nick Clegg, said about the blockade of the platform in Russia: "Soon millions of ordinary Russians will be cut off from reliable information and will be silenced." He announced that he would do everything possible to have the ban lifted.

Critical media are switched off

The Russian authorities have tightened their crackdown on critical media voices since the beginning of the war of aggression in Ukraine. The independent radio station Echo Moskwy (Moscow Echo), for example, had to announce its closure on Thursday after being banned from broadcasting for its coverage of the invasion of Ukraine. The independent television channel Dozhd was also banned.

On Friday, another independent medium, the website Snak, ceased operations. The independent daily Novaya Gazeta  deleted its coverage of the Ukraine invasion from the Internet.