Russia-Ukraine Conflict: Zelensky's Is Ready To Quit NATO If Russia Withdraws Its Troops 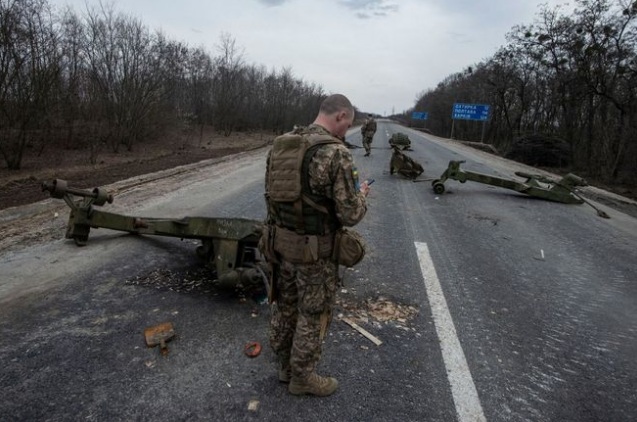 The Ukrainian president demands security guarantees that do not involve the Alliance and opens to discuss "the complex issue of Donbas". Turkey announces that Istanbul will host new Russian-Ukrainian face-to-face contacts.

Ukrainian President Volodymyr Zelensky said on Sunday that Russia must withdraw its troops from the country before any document is signed on Ukraine's non-adherence to NATO and the security guarantees that, in return, Kiev demands from various countries such as Turkey and the UK.

"We need an agreement with President (Vladimir) Putin. The guarantors will not sign anything if there are troops," he said in an interview with independent Russian media, including the Meduza portal (located in Latvia) and journalists from the banned Dozhd television network, from the business daily Kommersant and author Mikhail Zygar.

The communications regulator, Roskomnadzor, had stated that these media should not publish the interview, and warned that "it will determine the degree of responsibility and take response measures," according to Meduza. Zelenski maintained that "it is impossible" that the leaders of the United Kingdom, Boris Johnson; from the USA, Joe Biden; from Poland, Andrzej Duda; and from Turkey, Recep Tayyip Erdogan sign any document as possible guarantors while a war is going on. The president confirmed that he is willing to accept the neutral and non-nuclear status of the country, as Russia demands, in exchange for security guarantees.

"This is being worked on deeply, but I don't want it to be another document like the Budapest Memorandum" of 1994, which granted Ukraine security guarantees in exchange for giving up the nuclear arsenal inherited from the former Soviet Union and which Zelensky has said was left on wet paper. "We are interested in it being a serious agreement", he emphasized. Zelensky explained that he is willing to sit down with Putin "anywhere in the world" to reach an agreement "with signatures, seals and even blood" signed on the document. "That would be enough to start the withdrawal process. The troops must be withdrawn, the guarantors will sign everything and end," he stressed.

However, he indicated that then the work will not be finished, because Ukraine will have to change its Constitution, since it enshrines the state's aspiration to join NATO and this may take up to a year. A referendum will be held first , because "only the citizens can decide on the status and the guarantors," he said, something that can be organized in "a few months."

Then the changes in the Constitution will be undertaken, which may take "at least a year", between ratification in Parliament and that of the guarantor countries in their own legislatures. As for the Russian demand that Ukraine recognize the Crimean peninsula as part of Russia and the independence of the self-proclaimed republics of Donetsk and Lugansk, Zelensky said that it is an issue that "must be addressed and resolved." "I say it's a compromise. Let's go back to before all this started (February 24) and try to solve the complex Donbas issue," he said.

Zelensky also pointed out that other points that are on the negotiating table with Russia, such as the protection of the Russian language in Ukraine, are being discussed, but he explained that he is willing to accept a compromise. This could have the formula of mutual "respect for the languages ​​of the citizens of neighboring countries," he said. "I want to sign it with all the neighboring countries. I am interested in Russia, Hungary, Poland... Romania. We have many minorities, nationalities and this agreement should be enough to respect certain languages ​​in our country," she said. The president also stated that the terms "denazification" and "demilitarization" are not on the table as Russia wanted because he refuses.

WORSE THAN A WAR

Zelensky also argued that only "Putin and his circle prolong the war and that what is happening "is worse" than a war and that his goal is to "minimize the number of victims and shorten the duration" of this conflict. In addition, he suggested that he does not like the idea of ​​Poland sending a peacekeeping contingent to Ukraine, stating that "we do not need a frozen conflict on the territory of our state."

On the other hand, the next round of negotiations between Ukraine and Russia to find a way out of the war will be held in Istanbul, the Turkish Presidency announced on Sunday, after a conversation between Turkish President Recep Tayyip Erdogan and his Russian counterpart, Vladimir Putin.

Erdogan and Putin spoke by phone this Sunday about the need to reach a ceasefire in Ukraine as soon as possible to improve the humanitarian situation in the area, reports the Anadolu agency, citing sources from the Turkish presidency.

The spokesman for the Turkish Presidency, Ibrahim Kalin, confirmed on his Twitter account this agreement for a meeting "this coming week", but without giving specific dates.