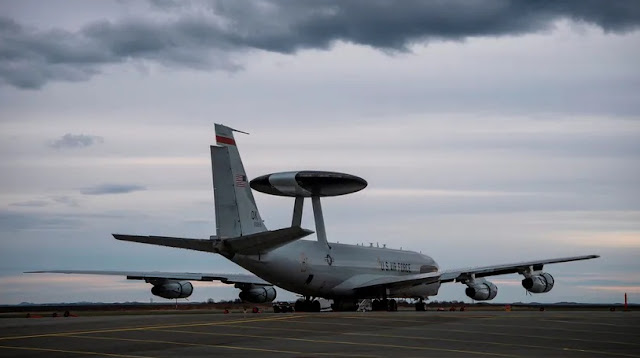 A NATO no-fly zone over Ukraine would actually be a war against Russia and Belarus. The consequences would be unpredictable.

From a humanitarian point of view, there is no objection to a ban on flying over Ukraine - on the contrary. It would be a moral duty. Russian fighter jets destroy hospitals and entire cities. They block escape routes for the population, almost three million of whom are now seeking protection.

Putin is systematically breaking martial law, which has outlawed attacks on civilians as a crime for more than a hundred years. It is an unparalleled humanitarian horror that we in Europe have believed to have overcome since 1945.

But if you ask how, the sober strategist says no. Or it raises nagging questions, like Air Force Colonel A. D. Robert Hubbell in his private newsletter. The man is not a sandbox strategist. He was involved in two no-fly zones. Unfortunately, unlike many a commentator, he knows what he is talking about.

First the numbers. After 9/11, the Al-Qaeda attack in 2001, a flight ban was imposed over Washington - albeit over a manageable area of ​​176 square kilometers. To do this, twelve jets had to patrol around the clock. Ukraine is 3,400 times larger. No-fly calls for hundreds of hunters here.

Such an armada would have to be refueled every two hours. The required mass of tankers over Ukraine cannot be counted on ten fingers. Worse: The tankers themselves must be protected - against enemy fleets and surface-to-air missiles.

In other words, the far-reaching defense systems beyond the borders with Russia and Belarus would have to be "neutralized", i.e. switched off. This is how a humanitarian mission turns into a real war against Russia and its allies in Minsk. The constantly modernized Russian S-300 system can automatically identify and shoot down aircraft up to 200 kilometers away.

In any case, Awacs aircraft would have to go into action, platforms that would have to monitor a huge airspace with their radar and coordinate hundreds of NATO fighter jets. Of course, these unarmed Awacs would also have to be protected from Russian attacks.

It gets even more complicated because below are Ukrainian protégés with thousands of Stinger bullets. They cannot communicate with the Awacs command centers in the sky at this time. Let's put ourselves in the shoes of one of the fighters: He has to decide within seconds whether a Russian MiG or a western F-16 is coming out of the low clouds. In the "fog of war" the danger of friendly fire rages, where one good guy shoots the other down.

Whoever talks about no-fly should really say "war against Russia and Belarus". But Joe Biden and Allianz want to avoid this at all costs, because at the end of the chain of escalation lurks the silent threat of nuclear power. Putin has long been stoking fears. Moral duty collides with existential interests. The state, Nietzsche lectured, is the "coldest of all cold monsters".

Somewhat good news. It is not a given that Putin will subdue Ukraine with his unspeakable cruelty. His army excels in tactical incompetence, and supplies are as efficient as a platoon of panje wagons. The Ukrainians are fighting for their country, the invaders for Putin's imperial desires.

The inexperienced soldiers lose lives and heavy equipment every day. Putin has miscalculated his hoped-for "lightning war" while unprecedented sanctions are decimating his economy. But no-fly remains a beautiful dream that the real craft of war forbids. And the cold interest of the West anyway.