Russia-Ukraine Conflict: The First Prisoner Exchange Between Russia And Ukraine 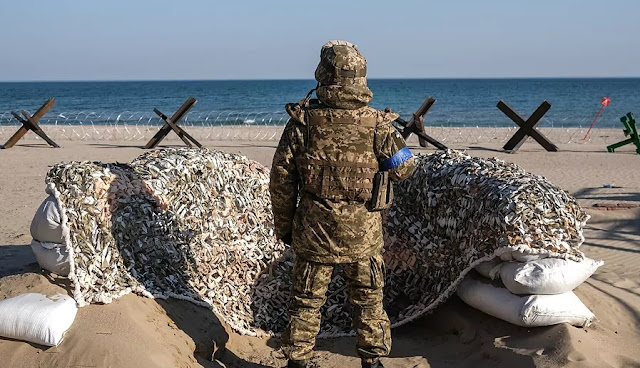 The signal is clear: Moscow and kyiv are talking to each other. And they negotiate, if only to save their respective men.

They were released in a prisoner exchange. The first since the beginning of the war. 19 Ukrainian sailors, including 13 from Snake Island, who sent the enemy into that country, who were left for dead in the hours after the invasion, are now safe. In exchange, Kiev granted Moscow the release of 11 Russian sailors, "rescued from a sunken ship off the coast of Odessa".

The news was given by the Rada, the Ukrainian parliament, which announced via Twitter that the exchange was carried out by order of Prime Minister Volodimir Zelenski himself. As proof, an image of the smiling group, immortalized in front of a bus.

The story of the sailors who guarded the Black Sea islet, also known as Zmiinyi Island, had already drawn attention on February 25, the day after the invasion began, when an audio was released in which it could be heard the voice of a Russian officer intimidating: "This is a military warship. This is a Russian military warship. I suggest you lay down your arms and surrender to avoid unnecessary bloodshed and loss. Otherwise you will be bombed". Then silence and the reply: "Russian warship, fuck you." In the hours that followed, news that the Serpent Island.

Coast Guardthey had died as heroes. Until the denial of Moscow: " They are alive and have been captured". And indeed it must have been. So much so that the Ukrainian authorities had immediately made it known that they had begun negotiations for his release.

"Our sailors will return home on the rescue ship 'Sapphire', captured by the Russian occupiers when they tried to withdraw Ukrainian troops from Zmiiny Island ," the Ukrainian parliament said on Thursday. Who added an important detail: " the ship will bring our sailors home and then it will be sent to a Turkish port", a sign that the negotiation must not have been easy and must have required external interventions, as is often the case for exchanges of prisoners.

On Thursday, Moscow and Kiev also reached an agreement for 10 other military personnel, in what Ukrainian Deputy Prime Minister Iryna Vereshchuk called "the first full exchange of army prisoners". And always Vereshchuk added: "Everyone is safe and gets the help they need."

No comment from the Kremlin. But the signal is clear. Moscow and kyiv talk to each other. And they negotiate, if only to save their respective men.