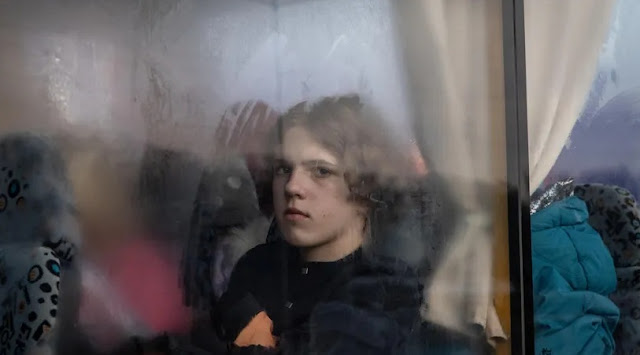 Ukraine is attempting to recapture a strategically important city. Cruise missiles hit the headquarters of the Ukrainian Air Force.

Ukrainian forces are struggling to recapture the important southern city of Kherson from the Russians, according to a US Department of Defense official . The Russian military no longer has such tight control over the city as before, which is why Cherson is now classified as a "contested area" again.

Kherson, at the start of the Dnipro estuary, is a strategically important port city, the official said. Should the Ukrainians manage to recapture the city, it would complicate the Russian attack on the nearby embattled city of Mykolaiv. It would also make a possible ground offensive in the direction of the port city of Odessa significantly more difficult.

The Ukrainian military still believes a large-scale attack by Russian troops on the capital Kiev is possible. To this end, the enemy is continuing to pull together strong forces, said Ukraine 's army chief of staff Olexander Grusewitsch. In addition, according to the findings of the reconnaissance in the Caucasus Republic of Dagestan, special units are being prepared for this mission. This information could not be independently verified. Recently, Ukrainian troops had managed to recapture several positions and towns in the Kyiv area.

Several Russian cruise missiles fired on the Ukrainian Air Force headquarters in Vinnytsia in the west of the country. Some of the six rockets were shot down as they approached, the rest hit the building, the Air Force leadership said on its Facebook page. There was "considerable damage" to the infrastructure. No information was given about possible victims of the attack.

France wants to launch a humanitarian action with Turkey and Greece to rescue people from the hard-fought eastern Ukrainian port of Mariupol at short notice. This was announced by President Emmanuel Macron. When planning the international rescue operation, there are already concrete talks with the mayor and coordination with Ukrainian President Volodymyr Zelenskyy, said Macron. An agreement is now also necessary with Russia, whose troops have been besieging the city for weeks.

The main events of the night:

SPD leader Lars Klingbeil wants to show Ukraine clear prospects of EU membership. However, a recording cannot be made overnight.

The British government has sanctioned a further 65 individuals and companies in Russia in connection with the Russian invasion of Ukraine.

In the conflict with Russia, Ukrainian President Volodymyr Zelenskyy is confronted with a large-scale propaganda campaign: "Probably no one in the world has ever spent such enormous sums on lies."

Ukrainian Prime Minister Denys Shmyhal has asked for  humanitarian aid for the people  of his country. Support for reconstruction is also needed.

The Ukrainian Defense Ministry has warned against hasty and uncontrolled reports of arms deliveries or military actions. These would only play into the hands of the Russian side.

If Russian oil and gas deliveries are abruptly ended in the course of the Ukraine war, Federal Economics Minister Robert Habeck fears that energy sources will be bought hoarded.