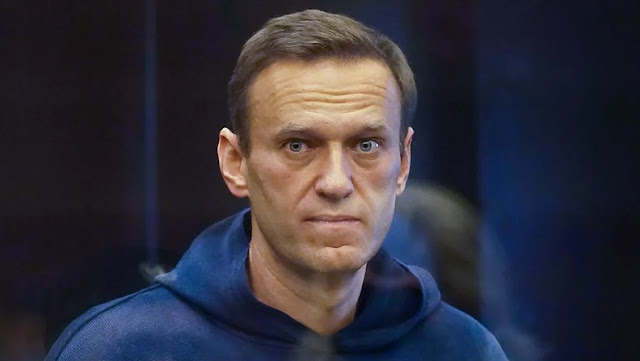 Alexej Navalny has been imprisoned in a Russian penal camp for more than a year. Now he faces an extension of his sentence.

The Russian prosecutor's office has requested a further 13 years in prison for Alexei Navalny. Prosecutor Nadezhda Tikhonova demanded this in the trial of alleged misappropriation of donations against Navalny, as reported by Russian news agencies. In addition, Tikhonova demanded a fine of 1.2 million rubles (9,000 euros).

Navalny's team spoke of new evidence of the arbitrariness of the judiciary in Russia. "We said that Putin wants to keep Navalny in prison forever," said opposition spokeswoman Kira Jarmysch. Navalny is one of the most well-known critics of Russian President Vladimir Putin.

Navalny is accused of embezzling funds from his anti-corruption foundation, which has since been banned. He also has to answer for insulting a judge. Jarmysch said that Putin was taking revenge on Navalny with the procedure "after he failed to kill him".

In August 2020, Navalny barely survived an attack with the neurotoxin Novichok. After receiving medical treatment in Germany for several months, he returned to Russia. Upon his arrival, he was promptly arrested for allegedly violating the terms of another criminal case while he was recovering. In February 2021, Navalny was sentenced to three and a half years in a prison camp.

In January of this year, the Russian authorities put Navalny on an official list of terrorists and extremists. This list includes a number of Russian nationalist organizations as well as foreign extremist groups such as the Taliban and the jihadist militia "Islamic State".