Plane Crash: The Mysterious Silence Of The Pilots Minutes Before The Plane Crashed In China 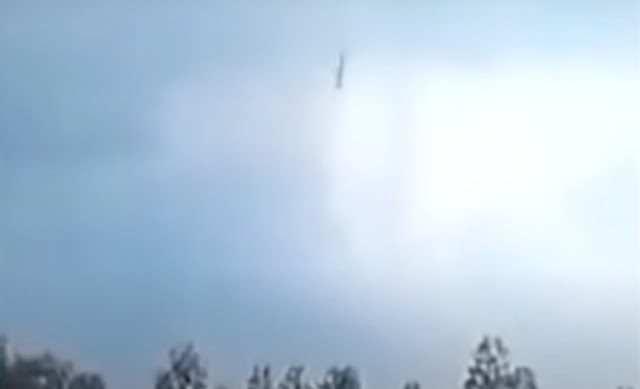 The control tower received no warning signals from the pilots of the crashed Boeing 737-800 with 132 people on board. The doubts of the experts and the comparison with other episodes are similar to the accidents in which the pilot committed suicide

The Guangzhou area control center has not received any "mayday" or reports of abnormalities on board from the pilots of the China Eastern Airlines Boeing 737-800 that crashed on March 21 near Wuzhou with 132 people on board.

And when they tried to contact the commander and first officer from the ground "several times" to understand why the plane had descended - without prior warning and authorization - no one ever responded. A few seconds later, the signal disappeared from the radar while the plane was traveling at 696 kilometers per hour.

It is a detail that makes what happened with the plane that left Kunming and headed for Guangzhou even more mysterious. But that, at the same time, according to some aviation safety experts, limits the possible causes of the accident, while waiting to find and study the records of the two black boxes, the only devices that can provide key information.

But the defect so serious as to have compromised the operation of the most basic flight controls or the voluntary gesture of someone maneuvering the plane is increasingly reinforced. The experts, as always in these cases, are very cautious. But there is someone who, in private conversations, underlines how the Boeing 737-800 is very safe and does not tend to descend so much, almost vertically, unless there is something that "forces" it to keep the nose down such as a mechanical lock or a pilot maneuver.

For this reason, the case of Silk Air Flight 185, with a Boeing 737-300 and 104 people on board, which crashed en route from Jakarta, Indonesia, to Singapore on December 19, 1997, is increasingly cited. It fell in 32 seconds , according to the final investigation report which states that the cause is attributable to the deliberate gesture of Commander Tsu Way Ming.

Experts cross these hours the data of the last three minutes of that flight with the last 180 seconds of China Eastern, pointing out the strong similarity in the final movements of both aircraft.

The China Eastern Boeing 737-800 took off at 1:16 p.m. local time (6:16 GMT) from Kunming airport, according to the Civil Aviation Authority of China. At 2:17 p.m., it entered the Guangzhou “Flight Information Region”, which was its final destination, at 9,144 meters above sea level. But three minutes later the aircraft lost altitude without warning and without obtaining authorization from the area control center.

A stewardess, noticing the significant drop in altitude, called the crew several times with no response. Forty seconds before the crash, however, the plane had recovered slightly, an element that makes the dynamics even more curious according to experts. But at 2:23 p.m. the radar stopped receiving signals from the plane.

Therefore, the discovery of the black boxes (which are actually orange) becomes essential to understand the real dynamics. One of the boxes, in particular, is highly sought after: the "Cockpit voice recorder", the audio recorder that archives cockpit conversations. The other device, "Flight Data Recorder", stores all possible values ​​of the aircraft.

But the search will not be easy. Zhu Tao, director of the air safety department of the Chinese civil aviation agency, told a news conference that "the plane is destroyed and the investigation will be very complicated." He added that "with the information currently available it is impossible to understand the causes of the accident."

ON BOARD SECURITY OFFICER

The plane complied with all the required documents and controls and was carrying 132 people in total: 123 were passengers, none were foreigners according to the Chinese civil aviation agency. There were three pilots, 5 flight attendants to which was added an unidentified "security officer".