Boeing 737 Flight: A Plane With 133 People On Board Crashes In Southern China 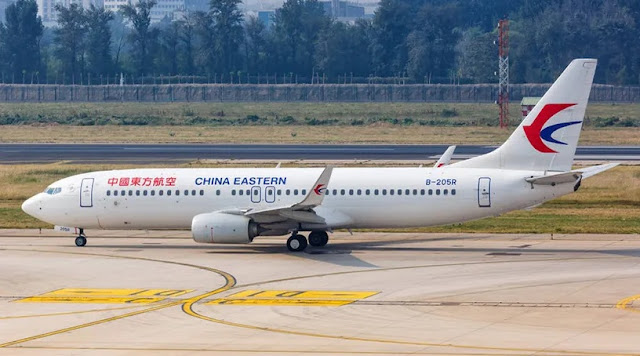 It is unknown if there are survivors of the crashed China Eastern Airlines Boeing 737 flight.

A Boeing 737 passenger plane operated by China Eastern Airlines crashed in mountainous Teng county in the southern Guangxi province on Monday. On board were 133 people (124 passengers and 9 crew members)who had left from the city of Kunming, in southwestern China, in the direction of Guangzhou.

Flight MU5735 took off at 1:10 p.m. local time (5:10 GMT). At 14:19, the aircraft suddenly descended from cruising altitude, while the flight speed also began to decrease from about 845 kilometers per hour. Three minutes later, he disappeared from radar. Chinese televisions have broadcast some images of a fire on the hillside where the accident took place. At the moment no further details are known or if there are survivors.

After breaking the news of the accident, from Beijing, the Chinese president, Xi Jinping, made an appeal asking for the "immediate activation of the emergency mechanism" for the rescue work and the subsequent investigation of the cause of the accident. More than 600 operatives were activated for the operation.

From Wuzhou, the closest city to the accident, 23 fire trucks and 117 people were dispatched to the scene. The problem was that the slope where the plane fell is inaccessible by road, so the rescue slowed down as the firefighters had to cover part of the way on foot.

Chinese media have reported that state-owned China Eastern Airlines is preparing to ground all of its 737-800 planes. Headquartered in Shanghai, it is one of the largest airlines in Asia and the first Chinese to be listed on the New York and Hong Kong stock exchanges. It has a fleet of 730 aircraft that travel to 170 countries, serving more than 130 million passengers each year.

The crashed plane was delivered to China in 2015 and is a different model of the 737 Max, which was grounded around the world after two fatal crashes in 2018 and 2019. The accident could become one of China's worst air disasters. During the last decades, accompanying the growth in all the sectors of the country, in the aviation sector a fleet of new and safe airplanes was introduced, as well as executing stricter air controls after the succession of fatal accidents in the decade of the 90's.

A passenger plane was hijacked and crashed into two other planes on landing in Guangzhou in October 1990. 128 people were killed. Two years later, a Russian Yak-42 plane crashed on takeoff from Nanjing in eastern China, killing 106 people. That same year, 131 passengers died after crashing a Boeing 737 flying from Guangzhou to the tourist city of Guilin.

The last plane crash in the Asian country was on August 24, 2010. A plane chartered by Henan Airlines crashed in the city of Yichun. 44 of the 96 people on board died.