Ukraine-Russia Conflict: EU Commission Expects Many Refugees In The Event Of Military Escalation 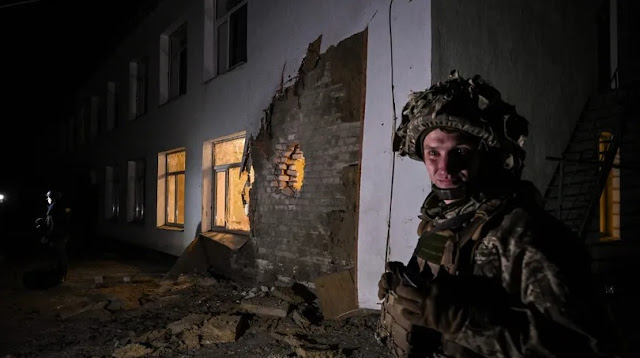 According to the EU Commission, more than a million people could flee Ukraine. US President Joe Biden organizes talks with allies.

In view of the growing tensions in the Ukraine conflict, the Vice President of the EU Commission, Margaritis Schinas, assumes that more than a million refugees could come to the EU in the event of a military escalation.

"It is estimated that between 20,000 and more than a million refugees could come," Schinas told the newspaper Die Welt. The EU is "ready to mobilize significant humanitarian aid and help with civil protection".

Schinas pointed out that 20,000 EU citizens live in Ukraine alone and that "there is also a sizeable population group that has its roots in the EU". The Greek EU Commissioner emphasized that refugees – just as before in Belarus – could be instrumentalized against the EU and deliberately used as a means of exerting pressure.

It is believed that Ukrainian refugees may initially come primarily to Poland, which shares a 535-kilometer shared border. In the event of a conflict, the Polish government had already said it was preparing for a scenario in which up to a million Ukrainian refugees would cross the border.

There are an estimated 1.5 million Ukrainians in Poland, but only 300,000 are officially registered. Since the annexation of Crimea by Russia and the start of the war in eastern Ukraine in 2014, Kiev itself has registered around 1.5 million displaced people. In the event of an invasion, millions more could join them.

Russia had massed more than 100,000 soldiers on the border with Ukraine in the past few months. The deployment of troops feeds speculation that Russia could be planning an invasion of the neighboring country. Russia rejects this and says it feels threatened by NATO.

US President Joe Biden has organized a talk with allies on Friday about the situation. The heads of state and government of Canada, France, Germany, Italy, Poland, Romania, Great Britain, the European Union and NATO are to take part. This was announced by the office of Canada's Prime Minister Justin Trudeau.

US Secretary of State Antony Blinken accepted an invitation to meet his Russian counterpart Sergey Lavrov. The meeting is scheduled to take place late next week, provided Russia does not invade Ukraine, the US State Department said. Blinken said he sent a letter to Lavrov Thursday proposing a meeting in Europe next week.