Ukraine Crisis: Do The Doves Of Peace Fly During The Olympic Games? 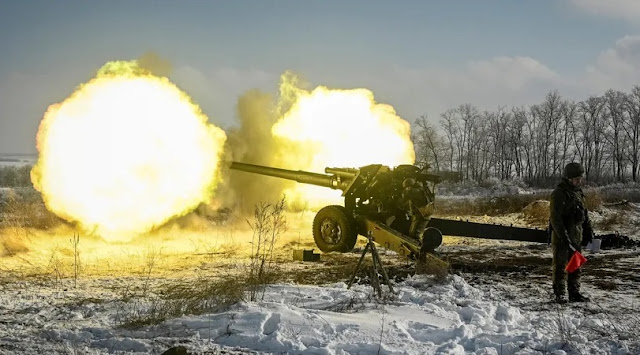 There is currently a global political jumble between East and West in the Ukraine conflict. But the Winter Games could give time for diplomatic solutions.

The situation in the Ukraine conflict is confused and confusing. The reports of a single day make it clear how much. The Friday of last week reflects the whole confusion of the global political muddle.

The Americans and, following them, the British are conjuring up a war-in-sight crisis, NATO is preparing for the deployment of additional troops to Eastern Europe, and diplomacy is being built on in Paris and Berlin.

Several statements by US President Bidens have suggested that war is inevitable and imminent. It is well known that he is not always accurate in his choice of words ; he didn't mean it that way. But he has put 8,500 of his troops on alert and wants to send them to Europe "soon". Defense Secretary Lloyd Austin warned that Russia had massed enough troops on the border with Ukraine to be able to strike at any time and occupy the entire country.

The Pentagon revealed the disturbing detail to the press: The Russians had brought blood reserves to the border to treat the wounded if necessary.

All this became too much even for the Ukrainians. The defense minister told the Kiev parliament that the Russian armed forces had not yet formed a raid "that could carry out a forced incursion into Ukraine." His deputy called the report on blood bags "psychological warfare."

As the FAZ reported, the Kiev experts consider a large-scale invasion to be unlikely. At a press conference on Friday, President Zelenskyy publicly questioned the Pentagon's assessment. "We know the risks," he explained, "but we don't see any major escalation" than last spring. "We don't need this panic."

After all, the US Secretary of Defense said that one does not believe that Putin has already made a decision to attack Ukraine. The Kremlin leader assured French President Emmanuel Macron, who spent an hour on the phone with Putin on Friday, that while the answers from the US and NATO did not take into account Russian security demands, which he repeated again, he would analyze them in detail.

The two agreed to continue dialogue, not least over the stalled Minsk process. Putin expressly denied that he had any offensive intentions; he is not looking for a confrontation.

Time for diplomacy - until the end of the Winter Olympics

That could of course be a lie; who wants to rule that out? The war of nerves between East and West will therefore certainly continue. However, one can be absolutely certain that nothing will happen in the attack period estimated by the Americans – late January to mid-February. The reason: the Winter Olympics in Beijing.

On February 4, next Friday, Vladimir Putin will attend the opening ceremonies in Beijing. He will not want to spoil the mood of his only ally in the next sixteen days of the Olympics. It is said that Xi Jinping specifically asked him to refrain from any aggression while the games were going on. In fact, nothing would be more inconvenient than for his games to disappear from the headlines, totally overshadowed by war.

There are also unconfirmed reports that Beijing has suggested taking a break from the crisis for the duration of the Games. That sounds bizarre, but corresponds to the ancient Greek tradition of a sacred truce - Ekecheiria - during the sports festival. In fact, since 1993 the United Nations have also held all Olympic Games imposed a truce on humanity. Most recently, on December 2, 2021, the General Assembly passed Resolution 76/16 without a vote. In it, the states of the world are called upon to "observe the Olympic ceasefire, individually and collectively, from seven days before the start of the Winter Games on February 4, 2022 to seven days and the end of the Paralympic Games on March 13, 2022".

The US squirmed, some other countries declined to sign it because of China's human rights abuses, but Russia and China agreed. However, such UN resolutions are only recommendations without binding force. However, if Resolution 76/16 were complied with, the world would have peace until mid-March - time for diplomacy.

However, you cannot rely on it. In ancient Greece, too, peace doves often did not fly during the games; in the Peloponnesian War, alliances were forged and campaigns planned there. The story offers little consolation. There is no substitute for statesmanlike common sense and moderation in the present predicament.