The President Of Ukraine Increases The Army By 100,000 Soldiers "So That Peace Continues" 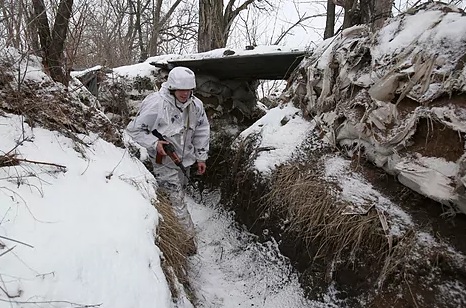 "This decree is not because a war is coming. I am happy to sign it," said Volodimir Zelensky.

The President of Ukraine, Volodimir Zelensky, announced that he has signed a decree to increase the number of troops of the Ukrainian Army from 250,000 to 350,000 men.

"This decree provides for an increase in the monetary allowance of all military personnel to a level not lower than three minimum wages, the transition of Ukraine to the professional army and an increase in the duration of contracts," Zelensky told the Verkhovna Rada (the Ukrainian Parliament).

It also contemplates the increase of the Ukrainian Armed Forces by 100,000 people and "the creation of 20 additional brigades in the Army," Zelensky added.

"This decree is not because a war is coming. This decree is for peace to continue. I am happy to sign it," said the Ukrainian president, who last Friday stated that the Ukrainian Army, which has 300,000 reservists, is "at same level" of other armies of NATO countries.

Ukraine's announcement comes amid tensions with Russia over the buildup of more than 100,000 troops near the border with the neighboring country.In this sense, Zelensky once again called for calm and not to spread panic.

The Ukrainian leader last week criticized countries that decided to evacuate their diplomats from Ukraine and rejected arguments that they were "non-essential" personnel.

According to Zelensky, the insistence of Western news on the imminence of a Russian attack negatively affects the mood in society and the investment climate in the country.