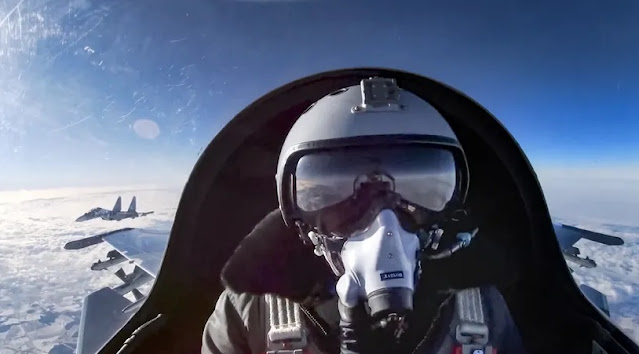 A military maneuver begins on the Ukrainian border with fighter jets and camouflaged tanks. Russian soldiers from remote regions were transferred to Belarus for this purpose.

Russia has started large-scale military maneuvers together with Belarus. This was announced by the defense ministries of both countries. The exercise in southern Belarus near Ukraine and the EU's external border is scheduled to last ten days.

The Ministry in Moscow announced that five military training areas would be used to train "to stop and ward off external aggression as part of a defense operation".

According to the information, the exercises are taking place at five military bases, four air force bases and at "various" other locations in Belarus. One focus is the Brest region in the border area with Ukraine. The countries did not provide any information on the number of soldiers involved in the joint exercises.

In a first phase, Russia brought in troops from regions around 10,000 kilometres away. In addition, the protection of the airspace has been strengthened. Now the state border should also be protected in order to practice the "destruction of illegal armed formations and sabotage and reconnaissance troops of an alleged enemy," the ministry said. Therefore, exercises are planned at several airfields and with tanks. The Russian Navy also brought other ships into the Black Sea.

There are fears in the West that Russia is preparing an attack on Ukraine. More than 100,000 Russian soldiers and heavy military equipment were deployed to the border of the neighboring country - including S-400 air defense systems. In addition, according to information from Moscow, Sukhoi Su-25SM fighter jets were brought over 7,000 kilometers from the Primorye region on the Sea of ​​Japan near the Polish border. The Russian Defense Ministry released a video showing many tanks with fir branches for camouflage.

However, military leaders in Belarus and Russia deny any plans for an attack. According to the Russian ministry, the troop deployment is purely for training purposes, does not pose a threat to anyone and is in line with international law. The soldiers should return to their positions after the end of the exercise.

According to British Defense Secretary Ben Wallace, Russia is also planning a "nuclear strategic exercise." In addition to hacking attacks and other destabilizing activities, Russia is also preparing deceptive maneuvers to create a pretext for an invasion of Ukraine , he told the BBC radio station, citing intelligence findings.

Criticism of the Russian approach came from the West. Russia has "actually joined Belarus militarily," criticized SPD foreign policy expert Michael Roth in the ZDF Morgenmagazin . He called the situation in Eastern Europe "extremely dangerous" in view of the Belarusian-Russian military maneuvers and the soldiers.

French Foreign Minister Jean-Yves Le Drian told France Inter that the exercises were "extremely" large-scale. France is concerned about this "gesture of great violence". "Every country, of course, has the right to organize military maneuvers, but here there is a very significant accumulation of exercises on the border with Ukraine," said the minister. It now depends on whether Russian President Vladimir Putin will withdraw his troops again. This is an "important test," said Le Drian. "We will see if there is a de-escalation process that will be implemented."

Ukrainian head of state Volodymyr Zelenskyy accused Russia and Belarus of exerting psychological pressure on his country by "piling up forces on the border". He added: "Today we have enough forces to honorably defend our country." As a reaction, the Ukrainian military also wants to start maneuvers. Among other things, the handling of drones and missiles and anti-tank weapons supplied by foreign partners should be tested, as Defense Minister Oleksiy Resnikov announced. It is not known how many soldiers are involved.