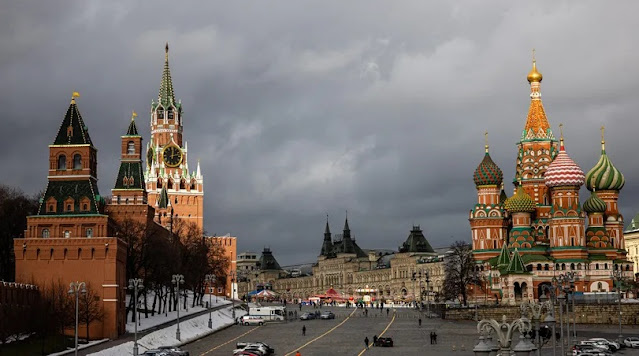 More EU sanctions against Russia came into force last night. The punitive measures taken because of the Russian attack on Ukraine aim, for example, to restrict the refinancing options of the state and selected private banks and companies.

In addition, there are now export restrictions for strategically important goods, which are intended to affect companies in the transport and energy sectors in particular.

The Russian aviation industry, for example, is to be cut off from the supply of new aircraft and other technology. The Russian railways are also affected because they are involved in troop transport. In the future, Russian oil refineries may no longer be supplied with products that enable them to meet certain EU standards. Companies that manufacture electrical appliances, computers, telecommunications equipment and sensors, for example, are also affected. European companies could suffer billions in losses as a result.

In addition, the EU put Russian President Vladimir Putin and his Foreign Minister Sergey Lavrov on its sanctions list. Possibly in the EU assets of the two politicians can be frozen.

Even tougher sanctions, such as Russia's exclusion from the Swift banking communications network , the listing of the two most important banks and export bans on natural gas, for example, are not part of the package for the time being. The main justification for this is that such measures would also cause considerable damage to the European economy. Swift is a data reconciliation system between banks for international payments.

US imposes measures against Putin and Lavrov

As announced, the US government has also  imposed sanctions on Russian President Vladimir Putin and several of his ministers. Those affected include Foreign Minister Sergei Lavrov, Defense Minister Sergei Shoigu and the head of the domestic intelligence service FSB, Alexander Bortnikov, and other leading government officials, according to the US Treasury Department.

"It is exceptionally rare for the Treasury Department to impose sanctions on a head of state. President Putin joins a very small group that includes despots like Kim Jong Un, Alexander Lukashenko and Bashar al-Assad," the US said -Ministry of Finance. Treasury Secretary Janet Yellen said the US government is holding Russia "accountable for the brutal and unprovoked attack on the Ukrainian people." If necessary, the US is ready to take further action.

As a result of the sanctions, possible possessions of the persons concerned will be frozen in the USA. US citizens and companies are largely forbidden to do business with them or to support them financially. This makes many international deals with them difficult because most banks and companies do not want to risk violating US measures. The US government had already imposed far-reaching measures on Thursday, including against the most important Russian banks and state-owned companies as well as export controls for high-tech products.

The exclusion from the US dollar affects around 80 percent of Russian banks, which in future will not be able to conduct their day-to-day business at all or will only be able to do so with much difficulty. In the military, aerospace, shipping and other sectors, Russia would then no longer be able to modernize as hoped.

Australia is considering measures against Putin

British Prime Minister Boris Johnson said at NATO consultations that his country would also take measures against Putin and Lavrov. In addition, Great Britain blocked its airspace for Russian private planes. "I have tightened our ban in the UK to prevent any Russian private jet from flying or landing in UK airspace - effective immediately," UK Transport Secretary Grant Shapps said on Twitter. "Anyone who benefits from Russia's aggression in Ukraine is not welcome here," he wrote.

Canadian Prime Minister Justin Trudeau announced: "We will impose sanctions on President Putin and his co-architects of this barbaric war, his chief of staff and foreign minister Sergei Lavrov. These men bear the greatest responsibility for the death and destruction in Ukraine," Trudeau said. The sanctions should also affect Belarus. The country supported President Putin's invasion of a free and sovereign country.

Australia imposed sanctions on all members of the Russian parliament and on eight oligarchs close to Putin. They are also considering joining the US and the EU and adding the President himself and Lavrov to the sanctions list.

According to the Russian government, sanctions against the Russian president and his foreign minister are an expression of "absolute impotence" on the part of the West. With these words, the RIA news agency quoted a spokeswoman for the Foreign Ministry in Moscow in the evening. Accordingly, Putin and Lavrov have no accounts in Great Britain or overseas.

Russian accounts in Swiss banks should not be frozen. Instead, further measures are to come into force that will prevent Switzerland from being considered a country in which Russian citizens can circumvent EU sanctions. The government issued these so-called anti-circumvention measures around 2014 after the annexation of Crimea. At that time, too, Switzerland referred to its traditional neutrality and did not participate in formal sanctions.

So far, Japan has not announced any sanctions against Putin. Japanese Foreign Minister Yoshimasa Hayashi declined to comment on whether his country would join the US, the EU and the UK after a phone call with his US counterpart Antony Blinken. But you stay in close contact with the other countries of the G7 and the international community.

Hayashi said he and Blinken agreed during the phone call that an appropriate response to Russia's invasion of Ukraine was needed. False signals should not be sent, including what impact they might have in Asia and the Indo-Pacific region, Hayashi said.