Russia - Ukraine Conflict: How Hot Will The New Cold War Be? 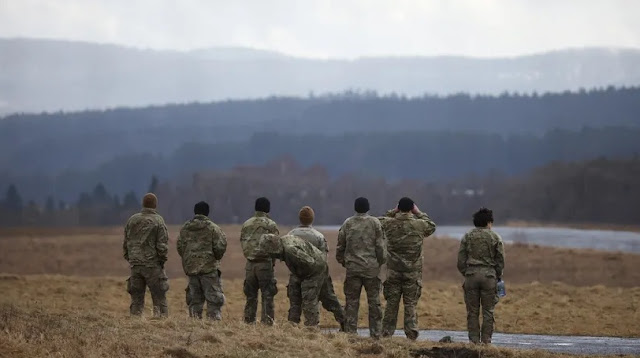 If Russia attacks a NATO country, all members would have to fight. It doesn't look like that. Nevertheless, an occupation of Ukraine would mean permanent tension. So now to the North and Baltic Seas instead of off the coast of Lebanon.

In Western Europe, politicians, experts and the military are increasingly warning of a conflict between NATO and Russia. They fear that Russia's expansion plans may not end at Ukraine's western border. For example, former British General Sir Richard Shirreff, who was NATO's Deputy Supreme Commander from 2011 to 2014, is calling on the West to take vigorous action against Russia. After the country's invasion of Ukraine, he also believes a war between the NATO allies and Russia is possible.

On Thursday, NATO activated its defense plans for Eastern Europe. The 30 member states are thus preparing for the fact that the Russian army could advance to the borders of the alliance. After all, Ukraine, which Russia could occupy permanently, borders Poland, Slovakia, Hungary and Romania.

Is a new Cold War looming? Or even a hot war between NATO members and Russia?

First of all, the states of the western alliance are sending significantly more soldiers and equipment to Eastern Europe, to the borders that the Russian units from the direction of Ukraine will probably soon be approaching. The strongest NATO countries are increasingly relocating their high-tech weapons to the region, and the Americans have recently sent more F35 jets, the most modern stealth multipurpose combat aircraft currently available.

Great Britain is doubling its contingent in Estonia, sending more main battle tanks and armored personnel carriers to the Baltic States. 800 additional soldiers are to reinforce the NATO troops there. They will be transferred there from Sennelager in Germany and will work there with comrades from Denmark and Estonia. In addition, the government in London is sending some Apache attack helicopters to Eastern Europe to train with NATO partners – the same is the case in the USA. There are also four British Eurofighter Typhoon, which are to monitor the airspace in Eastern Europe. NATO Secretary General Jens Stoltenberg said 100 fighter jets would be ready to secure the alliance's so-called "eastern flank" in the air.

Denmark and Italy also announced that they would second more soldiers. The parliament in Copenhagen agreed on Thursday evening to send additional fighter jets to secure the airspace, as well as another frigate. The British are currently the largest provider of troops to NATO from Europe. The US is sending most of the NATO soldiers, and they now want to send another 7,000 people to Eastern Europe. But the smaller states in the alliance are also getting more involved than they have for a long time. The goal: to show Russia's president that he has nothing to gain west of Ukraine. More than 6,000 men and women from the NATO countries are ready in Estonia, Latvia, Lithuania and Poland.

A few days ago, the USA, Great Britain and Poland withdrew their trainers from Ukraine who had been training units there. A direct confrontation between NATO soldiers and Russian military in the country seems unlikely. US Special Forces soldiers are said to have been stationed in the war zone until the Russian attack. So men of the Delta Forces advance don maneuvers with Ukrainian special forces. It is not known whether they have since left the country. However, they could have left with the embassy staff, who were relocated to the far west of Ukraine. Canada is said to have sent its own special forces to Ukraine to protect its diplomats there.

Even if NATO soldiers leave Ukraine on the ground, there is still a risk of a confrontation in the air. Most recently, the US armed forces had some reconnaissance planes and drones with spy technology on board circling near Russian airspace. The unmanned aircraft of the Global Hawk type, which can intercept mobile phone signals or digital radio, for example, are likely to be perceived as a threat by the Russian troops.

Shooting down such a drone, even if no people were endangered, could easily lead to an escalation. There was also a clash in the border area if Russian units attacked Ukrainians with heavy weapons. If artillery shells and rockets hit NATO territory, for example in Poland, this could lead to fighting between NATO soldiers and the Russians. Soldiers would then certainly be injured and killed. Maybe civilians too. In the event of a prolonged struggle for Ukraine or an emerging guerrilla war against the invaders, this risk would be permanent.

For the NATO allies, a Russian occupation of the entire Ukraine would not only change the strategic map. Another buffer state between them and the old adversary from the Cold War would be gone. Since the annexation of Crimea and the attacks by alleged separatist groups on eastern Ukraine, Russia has once again been considered the most dangerous enemy – alongside China. A renewed, rigid bloc formation like at the time of the Iron Curtain between West and East seems possible again. 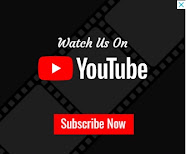 The government in Moscow is said to be responsible for numerous cyber attacks in Europe and the USA in recent years and for targeted disinformation campaigns. The country has also fought against the interests of Western states in the wars in Syria, Libya and Mali: with the support of mercenary troops, but also with its own soldiers.

Diplomatically, Russia also tried to split NATO and the EU, courting autocratic governments in Turkey and Hungary, for example. Since the attack on Ukraine, however, the transatlantic alliance and the European Union have shown a unity that they haven't seen in a long time.

Since a military conflict between NATO and Russia could also involve nuclear weapons, a direct exchange of blows remains very unlikely. "I don't think that nuclear war is a likely consequence of this crisis," says the director of the Stockholm peace research institute SIPRI, Dan Smith. "If nuclear weapons exist, then unfortunately there is always this small possibility. And that would be catastrophic." However, Russian President Putin has indirectly threatened NATO with its nuclear weapons: in a speech he said his country is one of the most powerful nuclear powers in the world.

If Russia occupies large parts of Ukraine while its opponents continue to receive weapons from NATO and intelligence support, a shadow war is conceivable. It would be run with hackers, saboteurs and spies - and could easily escalate.

The Russian invasion is also likely to increase the pressure on NATO from some Eastern European states to join the alliance. Georgia applied for this years ago. The country was attacked by Russia in 2008. Romania recently called for more support for Moldova and Georgia, which are partner states of the West. Kosovo and Bosnia and Herzegovina have also shown interest. North Macedonia was last included in 2020.

Sweden and Finland, which are not members of NATO, are also concerned about the Russian invasion of Ukraine. In both countries, some are calling for their governments to tie themselves more closely to the alliance. Russia has warned both states against this step and also wants to prevent Georgia and Ukraine from joining NATO.

In both cases, the government in Moscow did not shy away from violence. But even Vladimir Putin, who is difficult to predict, should hold back on NATO members. Because in this case a reaction would be expected: If a NATO country is attacked, the alliance case occurs. And that means: All members must come to the aid of the attacked. Then no longer just with sanctions. But with everything they have.