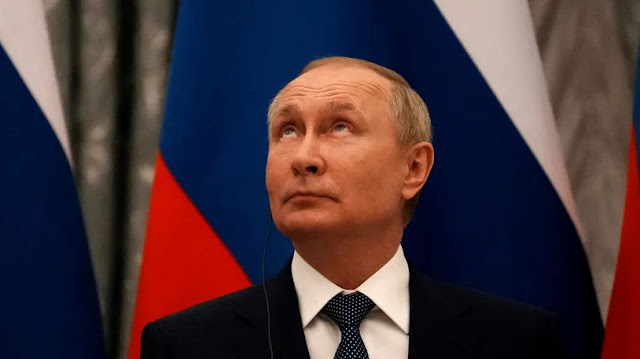 Despite several phone calls to the Russian President, the West fears that the conflict will escalate. US recalls OSCE monitors from Ukraine.

The United States and France made a fresh attempt on Saturday to avert an escalation of the crisis between Russia and Ukraine. US President Joe Biden and French President Emmanuel Macron took turns on the phone with Russian President Vladimir Putin. However, the Russian government complained that efforts to resolve the crisis were at a "dead end". The US and Europe continue to arm themselves for a possible military escalation.

In the call, Biden threatened serious consequences if Russia 's military invaded Ukraine. Putin, in turn, criticized the West's attitude towards Ukraine. A senior US official said after Biden and Putin's phone call that the US side had put ideas on the table that also addressed some of Moscow's concerns. He wasn't more specific.

According to the state agency TASS, Putin's foreign policy adviser Yuri Ushakov said the Kremlin chief had promised to examine Biden's statements on this. However, it is already clear that Moscow's key demands will not be met. The dpa news agency reports, with reference to circles in the US government, that the dynamics of the past few weeks have not fundamentally changed as a result of the phone call with Biden.

In addition to Biden and Macron's phone calls with Putin, diplomatic efforts continued at other levels as well. According to Elysee circles, Macron was still on the phone with Ukrainian President Volodymyr Zelenskyy and Chancellor Olaf Scholz . Scholz wants to meet Selenskyj in Kiev this Monday for a personal meeting. On Tuesday he wants to travel to Moscow for a meeting with Putin. Canada's Prime Minister Justin Trudeau also spoke to Zelenskyy on the phone on Saturday.

In the West, there is growing concern about an escalation. Several states, including Germany , Spain, Italy and the Netherlands, called on their citizens to leave Ukraine on Saturday. Great Britain, Australia and the USA, among others, had previously done so. The US State Department announced on Saturday that it would reduce the staff at its embassy in Kiev "to an absolute minimum". The US military is also withdrawing employees from Ukraine who were there for training purposes.

Other countries are also reducing their embassy presence. On Sunday, Australia said it had temporarily closed its embassy in Kyiv and recalled staff. The work will continue in a temporary representation in western Ukraine near the border with Poland. The observer mission of the Organization for Security and Co-operation in Europe ( OSCE ) is also affected by the US call to leave the country . Hundreds of international OSCE monitors have been stationed in Ukraine since March 2014 to monitor the agreed ceasefire between pro-Russian separatists and Ukrainian soldiers.

It is the largest security mission in the history of the OSCE. A spokesman for the US State Department confirmed during the night that the call to leave the country also applies to US employees of the mission. The OSCE has not yet said whether the mission in the crisis area in Donbass will be continued. The US State Department spokesman said the OSCE observers were spread across the country, including in Russian -controlled eastern Ukraine.

They are highly endangered. "While we strongly support the important work of the Special Monitoring Mission, the safety of US citizens is our top priority," he said. Russia is continuing its military build-up on the border with Ukraine, indicating that significant military action against Ukraine could occur. The US government has been warning of a possible Russian invasion of Ukraine for weeks with increasing drama. Biden's National Security Advisor Jake Sullivan said on Friday that the United States considered a Russian invasion possible before the end of the Winter Olympics in China on February 20 - that is, as early as next week.

The New York Times wrote that the US had intelligence that Russia was discussing next Wednesday as a target date for military action. But it could also be that this date is part of a disinformation campaign by Russia.

Russian government officials rejected American warnings on all channels. Putin himself spoke of "provocative speculation" in a phone call with Macron, the Kremlin said. Foreign Minister Sergey Lavrov accused the United States of running a "propaganda campaign" with "provocative goals." The Russian ambassador in Washington, Anatoly Antonov, complained of alarmism without evidence. Putin's foreign policy advisor Ushakov described the US warnings of a Russian attack on Ukraine as hysteria.

Even the Ukrainian President Volodymyr Zelenskyj was irritated by the alarming statements from Washington. "If you or anyone else has additional information about a 100% invasion on the 16th (February), please provide us with that information," he said. Kiev is aware that there are risks. Nevertheless, there are too many reports in public space about a major war between Russia and Ukraine. "The enemy's best friend is panic in our country," Zelensky said.

In view of the deployment of tens of thousands of Russian soldiers on the border with Ukraine, there are fears that the Kremlin is planning an invasion of the neighboring country. Moscow has vehemently denied this for weeks. It is also considered possible that the Kremlin wants to create a threatening backdrop in order to enforce its own demands. For example, Moscow is demanding an end to NATO 's eastward expansion and a waiver of Ukraine's possible inclusion in the western military alliance.