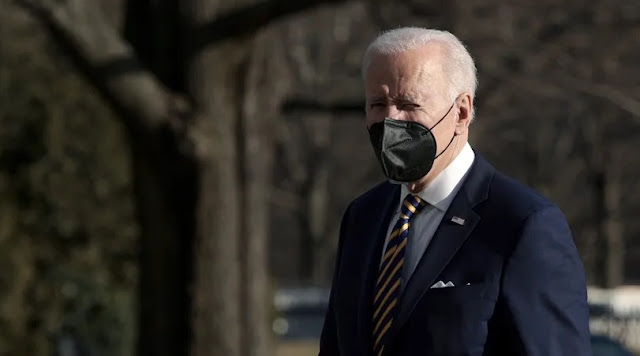 The US President rules out an evacuation mission by US troops in Ukraine. According to Biden, if Russians and Americans shoot at each other, a world war is imminent.

In view of the conflict with Russia, US President Joe Biden has urged American citizens in Ukraine to leave the country.

If there were to be a Russian invasion of Ukraine, an evacuation operation using US troops would be unthinkable, Biden told NBC television in an interview. "It's a world war if Americans and Russians start shooting at each other."

US citizens should now leave the country, Biden demanded. Referring to the Russian armed forces, he added: "It's not like we're dealing with a terrorist organization." Rather, it is about "one of the largest armies in the world". After the Taliban took power in Afghanistan, US troops conducted a large-scale evacuation operation last year, the preparation and conduct of which Biden's government was criticized from many quarters.

Regarding the situation in Ukraine, Biden said in the interview: "It's a very different situation and things could quickly get out of control." Even if Putin were "stupid" enough to let his army invade Ukraine, he was "smart enough" not to harm US citizens, Biden said.

The US military has deployed soldiers in neighboring Ukraine countries Poland and Romania. When asked on Wednesday, Defense Ministry spokesman John Kirby did not rule out that US soldiers on Polish territory would also help with possible evacuations.

However, there are currently no efforts to use the military to bring Americans out of Ukraine. "There are many ways to leave Ukraine," Kirby said.

The US State Department has tightened its travel warning for Ukraine. Like Biden, it called on all Americans to leave the country immediately. Previously, the ministry had only asked US citizens to consider leaving the country. The US government refers to an "increasing threat from Russian military actions".