Iran Nuclear Dispute: Germany And France Are Pushing Iran To Make A Decision 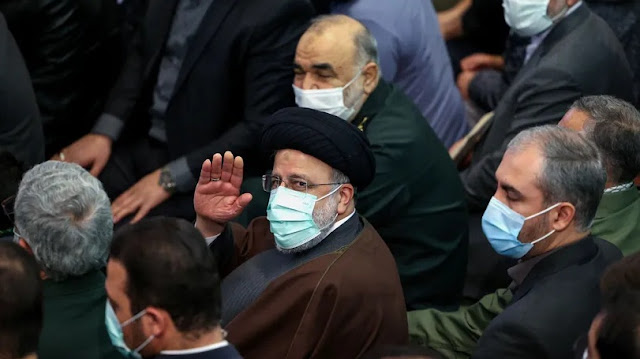 In the nuclear dispute that has lasted for years, a solution is apparently within reach. Now it is Iran's turn to avert a serious nuclear crisis, say Germany and France.

In the long-standing dispute over Iran's nuclear program, according to German Chancellor Olaf Scholz, a solution is within reach. "All the elements for concluding the negotiations are on the table," Scholz said at the Munich Security Conference.

The Iranian leadership now has a choice - the "moment of truth" has come. A breakthrough could soon be achieved in the negotiations, or they could still fail, emphasized Scholz.

In the evening, French President Emmanuel Macron also confirmed the urgency of a decision. In an hour-and-a-half phone call, he urged Iranian President Ibrahim Raisi to reach an agreement "while there is still time." This was announced by the Elysee Palace. With the participation of France and its partners, a solution was found that respects the essential interests of all parties involved and could "avert a serious nuclear crisis". Macron said that Iran must now seize this opportunity and make the political decisions to get the deal in the interest of Iran and everyone.

Germany, France and Great Britain, together with Russia and China, have been mediating between Iran and the United States for months. The talks in Vienna are aimed at reviving the 2015 nuclear deal with Iran that has been dormant. The agreement is intended to prevent Tehran from building nuclear weapons and in return promises to reduce sanctions. The US government withdrew from the nuclear deal in 2018 under then-President Donald Trump and reinstated its economic sanctions. After that, Iran also gradually withdrew from the agreement.

The negotiations in Vienna are now in a hot phase. The United States only announced on Thursday that a possible agreement in the nuclear negotiations could be forthcoming "in the next few days" in Vienna . At the beginning of February, the USA had already reversed some sanctions.

Iranian Foreign Minister Hossein Amir-Abdollahian expressed reservations, but did not rule out a rapprochement. When asked whether the government in Tehran was ready for direct talks with the US government, he replied: "We need to see concrete steps of goodwill from Washington." As an example, he cited the release of Iran's frozen foreign assets.

Irrespective of the current negotiations, Iran agreed on Saturday to an immediate exchange of prisoners with the United States. Foreign Minister Amir abdollahian said at the Munich Security Conference that it was a humanitarian matter that was independent of the nuclear talks.