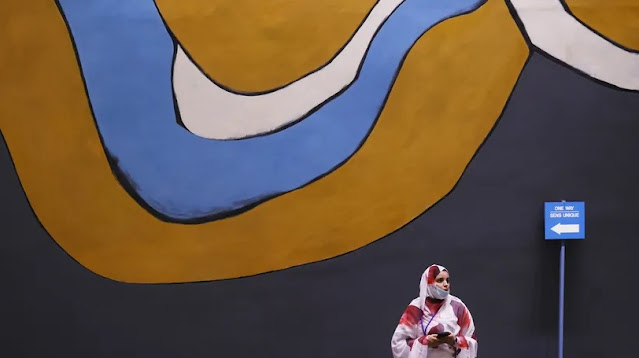 Iran and seven other states are behind with payments to the United Nations. As a punishment, they are no longer allowed to vote in the central UN advisory body.

Venezuela, Iran and six other countries have lost their voting rights in the United Nations because they are in arrears with their contributions.

With immediate effect, Sudan, the island state of Antigua and Barbuda, the Republic of the Congo, Guinea, Papua New Guinea and Vanuatu have also lost their voting rights in the UN General Assembly, UN Secretary General António Guterres informed the body in a letter on Wednesday.

The General Assembly has the opportunity to restore the voting rights of affected states if it is of the opinion that a country is in default of payment due to events beyond its control.

According to Guterres, Iran is missing the equivalent of around 15 million euros, Venezuela almost 35 million euros and Sudan around 260,000 euros. The other countries have smaller amounts. According to the UN Charter, membership is suspended if a country is in arrears with two annual payments.

The General Assembly is the central advisory body of the United Nations. This is where the countries of the world come together to debate global political issues.

However, unlike those of the UN Security Council, resolutions and decisions of the assembly are not binding on the UN member states under international law.

Germany and other states have long been calling for a reform of the UN Security Council, in which only five countries - the USA, Russia, China, France and Great Britain - have a permanent seat and the associated right of veto.

In a speech to the General Assembly in September last year, Federal President Frank-Walter Steinmeier questioned the primacy of some great powers in the Security Council. Germany is convinced that big, open questions about humanity can only be answered through "far more cooperation".