Ukraine Talks: The US Suggests That Russia Limit Military Operations On Both Sides 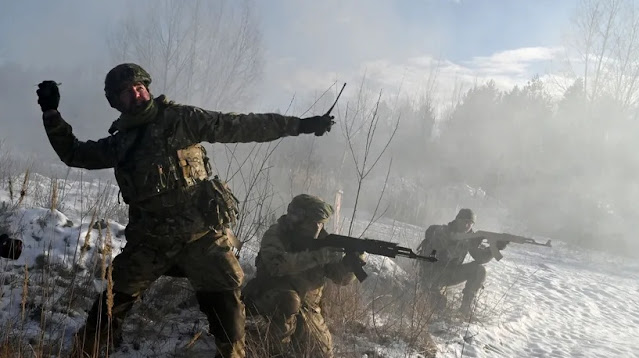 The US is ready to partially accommodate Russia in the Ukraine talks. So they could limit their exercises and missile systems in Eastern Europe.

The US intends to go into direct security talks with Russia in Geneva with a combination of concessions and threats.

The US government is open to talks about the number of its offensive missiles stationed in the Ukraine in the future, senior employees said on Saturday in a telephone line with journalists. One could also talk about limiting military exercises by the USA and NATO in Eastern Europe - provided Russia gives in with a view to Ukraine.

However, if Russia intervenes militarily in Ukraine, it must reckon with harsh economic sanctions, the informants made clear. In addition to direct punitive measures against Russian authorities, the US could significantly restrict exports to Russia - including goods produced abroad that fall under US jurisdiction. An export ban for energy and consumer goods as well as electronic components, software and similar technology is conceivable.

In the event of an invasion of Ukraine, Russia could end up in the group of countries with the strictest export controls: Cuba, Iran, North Korea and Syria.

USA: Renouncing NATO's eastward expansion is not up for debate

The Russian troop build-up on the border with Ukraine worries the NATO states. The Russian government denies aggressive intentions. Nevertheless, before the talks she made far-reaching demands: According to this, NATO should not accept Ukraine or other ex-Soviet republics as members.

In addition, it should withdraw offensive weapons from the region, according to a draft security agreement that the Kremlin forwarded to NATO. The US side has categorically rejected Moscow's demands for a waiver of NATO eastward expansion. A withdrawal of soldiers and weapons from Eastern Europe is also out of the question.

Nonetheless, the US and NATO have indicated their willingness to explore compromises on related issues. "We think we can at least examine the possibility of making progress with the Russians," said one of the US government officials on Saturday. However, there will be "no firm commitments in these talks," he added with a view to the negotiations in Geneva on Monday. In addition, no decision will be made without the consent of Ukraine or NATO.

The Geneva meeting is to be followed by the first meeting of the NATO-Russia Council in Brussels for more than two years on Wednesday. Talks are then planned with the participation of the Organization for Security and Cooperation in Europe (OSCE).