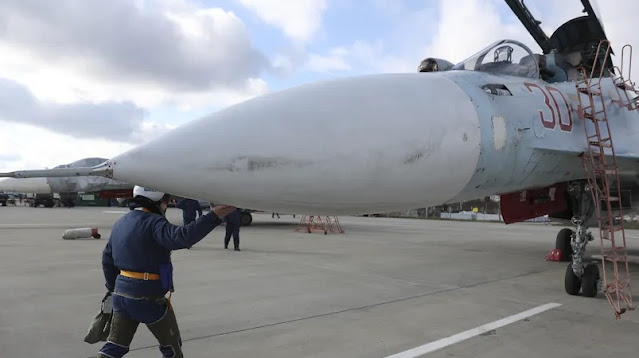 In the Atlantic, the Arctic, the Pacific and the Mediterranean, Russian troops are to practice emergencies by the end of February. Ukraine and Baltic neighbors are arming themselves.

Russia has announced large-scale naval maneuvers in the Atlantic, Arctic, Pacific and Mediterranean amid tensions with Ukraine and its Western partners. A total of more than 140 ships, more than 60 aircraft and around 1,000 units of other military equipment are involved in the exercises planned for January and February, the Defense Ministry in Moscow said,  according to Russian news agencies. About 10,000 soldiers would take part.

"The exercises extend to the seas bordering Russian territory and to operationally important areas of the world's oceans," the ministry said. In addition to the North Sea, the Sea of ​​Okhotsk in the Arctic and northern areas of the Atlantic were also mentioned.

Because of massive Russian troop movements on the Ukrainian border, the West fears an imminent Russian invasion of Ukraine. According to the government in Moscow, the units are only stationed on Russian territory and are therefore not threatening anyone. The West is threatening far-reaching consequences if Ukraine is invaded.

EU Commission chief Ursula von der Leyen warned Russia against miscalculations in the Ukraine conflict. Economic relations with the EU are much more important for Russia than vice versa, said von der Leyen at the World Economic Forum (WEF). "Should the situation deteriorate and should there be further attacks on Ukraine's territorial integrity, we will respond with massive economic and financial sanctions."

The EU is by far Russia's most important trading partner and also the largest investor in the country, underlined von der Leyen. "And yes, this trade relationship is important for us. But it is much more important for Russia. We hope that there will be no attack," von der Leyen said. "But if that happens, we're prepared."

Due to the increasing tensions in the Ukraine conflict, the USA also approved the delivery of US-made weapons to Ukraine at the request of the Baltic States. The United States wants to "accelerate the approved transfers of military equipment from the United States by other allies," said a representative of the US State Department in Berlin.

Weapons for Ukraine and Baltic States

"European allies have what they need to provide additional security assistance to Ukraine in the coming days and weeks," the official said. The approval is reportedly being granted at the urgent request of Estonia, Latvia and Lithuania.

The scope and type of weapons involved was not disclosed. Among other things, the Baltic States have man-portable anti-aircraft missiles of the Javelin type, which can destroy tanks. Lithuania's Defense Minister Arvydas Anušauskas confirmed planned arms deliveries to Ukraine when asked by AFP. "We have decided to send weapons and other supplies, but I cannot give details," he said.

The move aims to deter Russia from a possible invasion and shows Lithuania's continued support for Kiev. Great Britain also pledged its support to Ukraine on Monday and announced a delivery of anti-tank weapons.