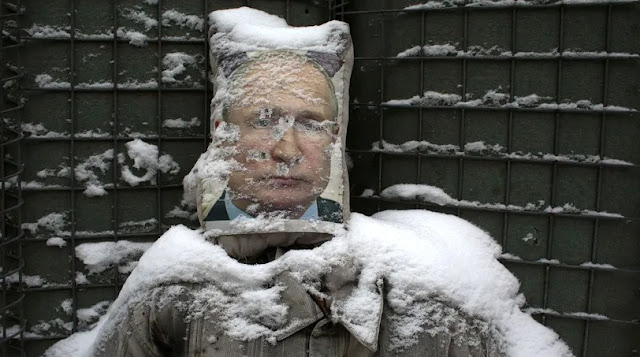 With the demand for security guarantees, Russia had no success with NATO. The government in Moscow is disappointed, but also willing to talk.

After the rejection of its core demands, Russia sees little hope of an easing of the tension in the Ukraine conflict: the responses from the USA and NATO to the security guarantees demanded give "hardly any cause for optimism," said government spokesman Dmitry Peskov. It will take some time for the government to analyze the letter.

But there are "always prospects for a continuation of a dialogue". This is in the interests of Russia and the United States.

Foreign Minister Sergei Lavrov said the US response contained some elements that could lead to "the start of serious talks on secondary issues." But there is "no positive reaction to the main concern," he added, referring to Russian demands for NATO to turn away from eastward expansion and the stationing of weapons, which Russia sees as a threat.

Senior Russian officials would now offer President Vladimir Putin advice on how to proceed, Lavrov said. Peskov announced a timely Russian response. The United States had rejected central demands from Russia in the Ukraine conflict in writing on Wednesday. NATO's open door to potential membership candidates such as Ukraine and the military alliance's presence in Eastern Europe are core principles to which the United States has committed itself and will not be relinquished, said US Secretary of State Antony Blinken. "There is no change, there will be no change."

At the same time, Blinken also spoke of serious offers to Russia to achieve de-escalation through diplomatic channels. "We'll see how they react," he said. Russia had previously demanded a number of security guarantees from the USA and NATO – including a refusal by the military alliance to expand eastwards and to allow Ukraine or other former Soviet republics to join NATO.

Moscow wants the military alliance to restrict other activities as well, such as the stationing of troops in the former sphere of influence of the Soviet Union.

Ukraine had advance insight into the response to Russia

According to its own account, Ukraine had prior insight into the response to the Russian demands. "We saw the US written response before it was handed over to Russia," Ukrainian Foreign Minister Dmytro Kuleba tweeted. There were no objections from the Ukrainian side.

The US had asked Russia not to publish the contents of the letter. Thereafter, speculation arose in Ukraine that Washington, despite protestations to the contrary, might have made concessions to Moscow at the expense of Kiev.

A spokesman for the Russian Foreign Ministry again denied that Russia was planning an invasion of Ukraine - in the West the deployment of around 100,000 soldiers on the border with Ukraine had aroused this concern. Russia has no intention of attacking anyone, the ministry spokesman said. The mere thought of a war between Russia and Ukraine is unacceptable.