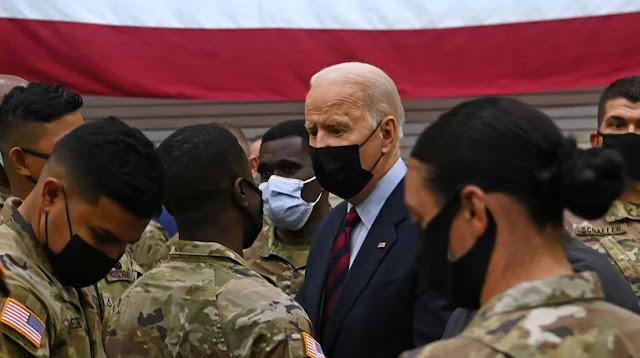 If the Ukraine conflict escalates further, the United States wants to send soldiers to a NATO mission. New negotiations are planned for Wednesday in Paris.

The United States has put about 8,500 soldiers on alert for a possible NATO deployment because of tensions in Russia. This was announced by Pentagon spokesman John Kirby.

However, no final decisions on stationing have been made yet. US Secretary of Defense Lloyd Austin, who declared the heightened alert, recommended that US President Joe Biden prepare for a possible deployment to Europe.

The soldiers would only be sent if NATO activated a rapid reaction force. Or something else could happen in Russia on the border with Ukraine, Kirby said. The allies should be offered security by being on alert. However, no soldiers are to be stationed in Ukraine itself, Kirby said.

Meanwhile, representatives of Russia and Ukraine plan to meet for talks in Paris on Wednesday. Together with France and Germany, a meeting at advisor level is to take place in the so-called Normandy format. So it was said from Élysée circles.

The talks are intended to negotiate humanitarian measures and set a date for Ukraine and separatists to discuss a law on the status of Donbass. In addition, consideration should be given to how things will continue for Ukraine after the intended reintegration of the breakaway areas in eastern Ukraine.

France and Germany have been mediating between Russia and Ukraine in the Normandy format since 2014. However, the peace plan agreed in 2015 is on hold.

According to UN estimates, more than 14,000 people have been killed in fighting between Ukrainian government forces and pro-Kremlin separatists in Ukraine's Donbass region.