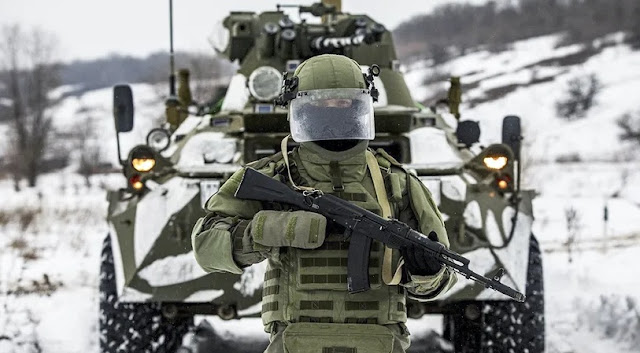 Concerns about a troop deployment on the Ukrainian border continue to escalate. Russia completes a maneuver. Johnson, Blinken and Erdoğan are trying to talk.

According to Russia, it has completed a military exercise involving more than 6,000 soldiers. The exercises took place in the south of the country, for example in the Rostov and Volgograd regions, and air force units from the southern military district were involved, as the Ministry of Defense in Moscow announced.

In addition, 20 warships of the Black Sea Fleet have returned to naval bases in Novorossiysk and on the Ukrainian Black Sea peninsula of Crimea, which was annexed in 2014.

However, Poland sees signs that Russia will increase its future military presence in Belarus. The planned maneuvers by Russian and Belarusian troops there in February are known, said Polish Foreign Minister Zbigniew Rau during a visit to the Estonian capital Tallinn. But his ministry is even observing "tendencies that may indicate that we will be confronted with an upgrade of the Russian military in Belarus in the future." Belarus lies between Poland and Russia and borders Ukraine to the south.

In the west, reports of a Russian troop deployment near the Ukrainian border have been causing criticism for weeks. It is feared that Moscow could plan an invasion of the neighboring country. Various Russian military exercises also raised concerns in this regard. The Russian government, on the other hand, has denied planning an attack on Ukraine.

Johnson: Russia must step back from the abyss

The UN Security Council therefore wanted to hold a public session on the Ukraine crisis in the afternoon. The meeting was requested by the US to discuss Russia's "threatening behavior". As one of the five permanent members of the Security Council, Russia has the right to veto any United Nations resolution presented to the Council.

Before a phone call with Russian President Vladimir Putin, British Prime Minister Boris Johnson again warned against a Russian attack on Ukraine. He will tell the president "that Russia needs to take a step back from the abyss," Johnson said. "An invasion of Ukraine, any incursion into Ukraine beyond the territory that Russia seized back in 2014, would be an absolute catastrophe for the world, but above all it would be a catastrophe for Russia."

Johnson stressed that NATO member Britain supports Ukraine's territorial sovereignty. He was sure that the Ukrainians would "fiercely" defend their country. Johnson announced at the weekend that he would travel to the crisis region.

In addition, Johnson wants to double the number of British troops in Eastern Europe. The British Foreign Office wanted to announce new sanctions against Russia's "financial and strategic interests".

Lavrov and Blinken want to talk on the phone

Russian Foreign Minister Sergei Lavrov and his US counterpart Antony Blinken plan to hold a phone consultation on Tuesday. This is reported by the Russian news agency Tass, citing a spokeswoman for the Foreign Ministry in Moscow. The US and NATO gave their response to Russia's demand for security guarantees last week. The Russian leadership has indicated that it is not satisfied with this.

Plans are also being made for Russian President Vladimir Putin to visit Turkey after the Beijing Winter Olympics. NATO member Turkey maintains good relations with both Russia and Ukraine. It has offered to mediate between the two states, for which, according to Turkish information, they were open.